Someone He Was With Outed Terrel Carter As Gay!

Terrell Carter is an American actor, singer, and songwriter who debuted in the fourth season of Empire as a regular. In the film, he plays a gay character, just as he is in real life. 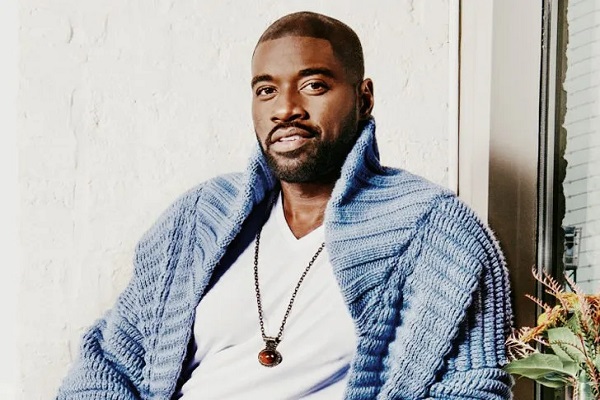 Terrell Carter is an actor, singer, and songwriter from the United States who has acted in films and television shows such as “Empire,” “Diary of a Mad Black Woman,” “Friends and Lovers,” and “Madea’s Class Reunion.”

As a backing singer for Gospel, the actor was a member of Fred Hammond’s musical group. Later in his career, he worked with Beyonce, Celine Dion, Mariah Carey, and Christina Aguilera, among others. He’s also the author of the novel Problem Child, which will be released on March 19, 2020.

Carter is currently single, although there were speculations regarding his sexuality when he initially rose to prominence in the industry, but nothing was confirmed. In 2009, however, the actor was outed as gay by someone he was dating. Do you want to know who it was and why it happened? Continue reading to find out!
His ex-boyfriend said the actor was gay.

Carter has previously been linked to Christian Vincent, a Noah’s Arc star. They were in a relationship, according to Famous Birthdays, but nothing was proven.

Carter and his then-boyfriend Alex Cortez’s personal images were revealed by none other than Cortez himself in 2009, putting an end to the suspicions. Carter’s homosexuality was confirmed by the images, confirming that the rumors about his being gay were correct.

Carter’s infidelity revenge was exposed by an ex-lover

After his sexuality was revealed, the actor was photographed with model Keston Karter at a party in Cincinnati. According to sandarose.com, a party attendee said Carter and Keston seemed tight and couldn’t seem to keep their hands off each other. They were also in a VIP section and trying not to take too many pictures together, according to the insider, but subsequently came out to mingle with the public following Carter’s performance.

According to the same source, Carter’s breakup with his ex-boyfriend Alex was caused by the latter’s adultery. Carter’s ex-boyfriend shared the photos because he was furious that the star had cheated on him with Keston.

Terrell Carter appeared as a guest star in the season 3 finale of the popular series “Empire” before being cast as a regular in season 4. Warren Hall, the love interest of Jussie Smollett’s character Jamal Lyon, is played by him. Warren is a member of the Dubois family, which is at odds with the Lyons. The plot appears to be identical to Romeo and Juliet, however both characters are guys.

Carter also performed on the soundtrack for the show’s third season.

Carter is currently single and completely focused on his career

The actor hasn’t been linked to anyone recently, and there haven’t been any dating rumors surrounding him.

In an Instagram photo, he can be seen relaxing in Tulum, Mexico.

If he has a new partner, there is no sign of it on his social media profiles, so we can presume he is single and focused on his profession.

Related Posts of Someone He Was With Outed Terrel Carter As Gay!