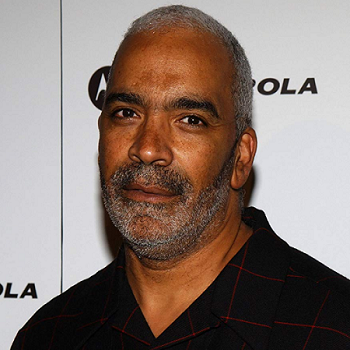 Stan Lathan, who is the executive producer and director of BET’s Real Husbands of Hollywood, has produced and directed Dave Chappelle’s comedy specials Deep in the Heart of Texas and The Age of Spin. His first marriage was to Eleanor McCoy, and his second was to Marguerite Lathan.

William Lathan, a medical doctor in New York, and Charles Lewis, a musician in Phoenix, Arizona, are his two brothers.

Stan went to Overbrook High School, where he received his diploma in 1963. In 1967, he graduated from Pennsylvania State University with a bachelor’s degree in drama. After that, he moved to Boston and earned a master’s degree from Boston University.

His ethnicity is mixed and his nationality is American. He stands 5 feet 7 inches tall and weighs 56 kilograms.

Martin, Moesha, The Steve Harvey Show, The Parkers Amen, South Central, All of Us, Eve!, Cedric the Entertainer Presents, The Soul Man, and Real Husbands of Hollywood are just a few of the sitcoms directed by Stan Lathan.

Dave Chappelle’s four Netflix specials, Equanimity, The Age of Spin, The Bird Revelation, and Deep in the Heart of Texas, were produced and directed by him.

Dave’s first two television specials, For What It’s Worth for Showtime and Killin’ Them Softly for HBO, were both produced and directed by him.

Cedric The Entertainer: Taking You Higher for HBO and It’s Black Entertainment for Showtime are among his other executive producing and directing credits.

Hill Street Blues, Miami Vice, Frank’s Place, Roc, and Cagney & Lacey were among the films he directed after that. He also directed the feature picture Beat Street for Orion Pictures in 1984.

Stan won a Peabody Award for his work on HBO’s Def Poetry. He co-produced Def Poetry Jam on Broadway in the same year, and the musical received a Tony Award.

Stan Lathan is a prominent Hollywood film and television producer and filmmaker who makes a comfortable living as an executive producer and director.

Lathan has a net worth of $10 million, according to the Celebrity Net Worth database, and earns a good salary.

Stan Lathan has been married twice throughout his life, as previously indicated. He is currently married to Marguerite Lathan, whom he adores.

In a magnificent wedding ceremony in 1982, the couple proceeded down the aisle. Colette Lathan, the couple’s gorgeous daughter, was born to the couple.

Stan was previously married to Eleanor McCoy (1970-1977), with whom he had two children: Sanaa Lathan, a girl, and Tendaji Lathan, a son.