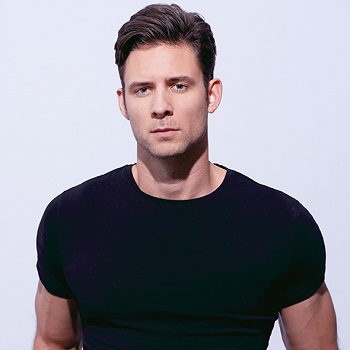 Steve Lund is a Canadian actor best known for portraying Ernest Hemingway in the television series Frankie Drake Mysteries. He became well-known for his role as Nick Sorrentino in the TV series Bitten. Before landing his breakout role in the 2014 television series Bitten, Lund had minor appearances in shows including Defiance, Hemlock Grove, Nikita, Blue Mountain, Alphas, and others.

Steve Lund was born in Halifax, Nova Scotia, Canada, on January 9, 1989, under the sign of Capricorn. He is of White Canadian origin and possesses Canadian citizenship.

He received acting training at the Vancouver Film Schooling program. He played hockey for the Quebec Major Junior Hockey League before pursuing a career in acting. He finished his hockey career with the Halifax Mooseheads, his local team.

Lund’s hockey career was derailed when he was gravely hurt during a game in his early years, thus he turned to act full-time.

After retiring from hockey, Lund pursued a career in acting. His first television appearance was as Stewart in the Yankovic online series, for which he received excellent reviews. Later, as James Cogan, he appeared in the third season of Haven.

Lund was cast as Nick Sorrentino in the 2014 Canadian television series Bitten, alongside Laura Vandervoort, Greyston Holt, Paul Greene, and others, after appearing in a few minor roles.

Bitten is based on Kelley Armstrong’s Women of the Otherworld series of books. The majority of the show was shot in Toronto and Cambridge, Ontario. In April 2016, the third season of the show came to an end.

In a phone interview with Collider in 2014, actor Lund explained how he acquired the part in Bitten. He then revealed during the interview that he auditioned for the film a year ago when in LA for a pilot season. He also stated that he studied the sourcebook to learn more about his character in the series before and during filming.

In the Canadian television drama series Frankie Drake Mysteries, which premiered on CBS television in 2017, actor Steve Lund played Ernest Hemingway, a writer, and reporter for the Toronto Star. The first season of the show ended on February 5, 2018, following the 11th episode, and it was renewed for a second season on April 5, 2018, with only 10 episodes.

Lost Girls, Being Erica, Alphas, Suits, Hemlock Grove, Defiance, Nikita, The Beauty and the Beast, and more shows featured Lund as a guest star. In 2017, he starred alongside Adelaide Kane and Celina Sinde in the drama series The Reign.

His net worth has been reported to be around $4 million by certain web sources, but his actual net worth is still being determined. He goes around in luxury cars and lives in a lovely mansion in Toronto, Ontario, Canada, where the median house price is around $861,174.

Lund is a successful actor who earns a lot of money. Christmas Incorporated, Crossfire, Hemlock Grove, Suits, Bitten, Reign, and others are among the films and television series in which he has appeared.

Lund considers Mitt Romney, the American businessman, a close friend and provided $3 million to Restore Our Future, a super PAC that backed Romney in 2012.

Steve’s Personal Life—Does He Have a Wife?

Steve Lund appears committed to his acting career. He is unmarried and possibly not dating any lady or man, according to his marital status.

There have been a lot of doubts about the actor’s sexuality. Many of his fans believe he is gay, but he has never stated his sexual orientation. His boyfriends and girlfriends are also unknown to the public.

They were both standing close together, holding each other’s hands and peering into each other’s eyes, reigniting the LGBT rumors. However, that was only a small part of his on-screen job.

In contrast, Steve revealed his personal life in an interview with Annika Mechele in 2015, where he intimated that he had a few girlfriends in the past with whom he went on dates.

He went on to describe his perfect date, saying it would continue all day and begin with a delicious brunch. He went on to say that he would afterward visit an amusement park. Throughout the talk, he remained tight-lipped about who he was dating and who his ex-girlfriend was.

He also disclosed in the interview that he enjoys beatboxing and is quite skilled at it. On his days off, he enjoys watching Netflix programs in his sweatpants. He also has a soft spot for animals. On his official Instagram account, he frequently publishes gorgeous photos of his two adorable children. However, whether he is their biological father or not remains a question.

Lund has a dog named Chloe as a pet. On his Instagram account, where he has over 42.6k followers as of January 2020, he frequently expresses his love for dogs by posting lovely images of them.

Steve Lund’s age, height, and body measurements are all listed below.

Height: he stands at 190 centimeters tall (6 feet 3 inches).
Brunette hair color
Blue is your eye color.
Steve will be 31 years old in 2020.
Vancouver Film School is where she received her education.
Canadian nationality
White Canadian ethnicity 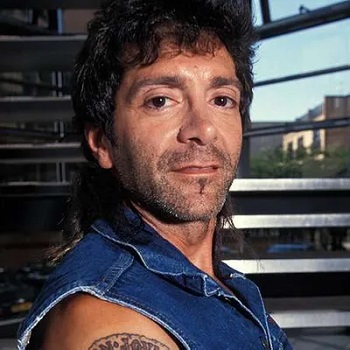 Alec John Such's birth name was Alexander "Alec" John Such, and he was born on November 14, 1951. He was born in Yonkers, New York, and is currently 64 years old. Alec is a retired musician who used t
Read More 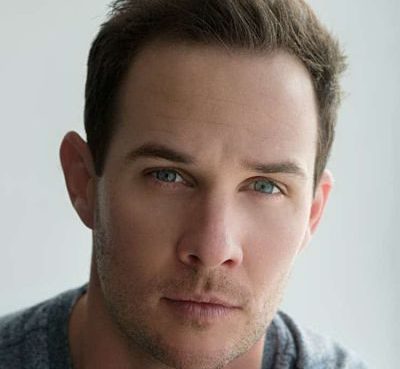 Do you know Who is Ryan Merriman? Ryan Earl Merriman was born on April 10, 1983, in Choctaw, Oklahoma, USA. He is an actor best known to the world as Blake Kellogg in the TV series "The Mommies" (199
Read More 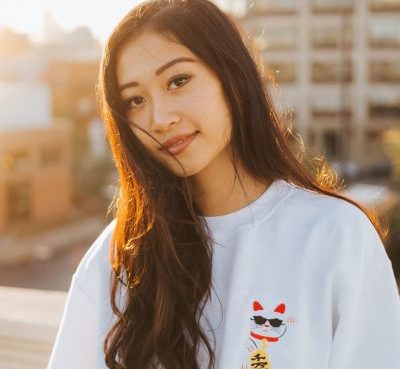 Do you know Who is Linda Dong? Linda Dong, a Vietnamese Canadian woman comedian, known online as LeendaDProductions, is well-known. More than 1.2 million people have subscribed to her channel, which
Read More