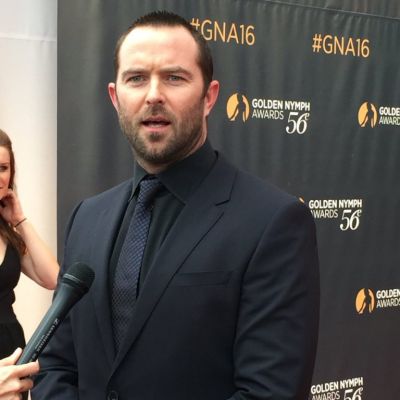 Do you know Who is Sullivan Stapleton?

Sullivan Stapleton is a 40-year-old Caucasian actor and producer who was born on June 14, 1977, in Melbourne, Victoria, Australia. He is perhaps best known to the public for his role as Themistocles in Noam Murro’s 2014 epic “300: Rise of an Empire.” Aside from that, he has had several supporting roles in both TV shows and films, and his sister, actress Jacinta Stapleton, has also contributed to his success. Since 1994, he has been involved in the sometimes lucrative acting business.

Regarding the aspiring actor’s physical characteristics, various sources claim his height to be 6 feet and 1 inch (1.85m), while his weight is currently estimated to be 187 pounds (85kg). The actor maintains a muscular physique, while his hair is brown and his eyes are green.

Sullivan, like many other actors, began his acting career at a young age, specifically at the age of eight in 1985, when he was already a child performer with his own actors’ union card, and his younger sister joined at the age of six. This decision was made because the young Sullivans’ aunt had previously signed her children up for the acting program and asked them if they wanted to join. As a result, at the age of 11, he had already begun filming several local advertisements. Although details about his early education are unknown, it is known that he attended Sandringham Secondary College, where he studied drama and theatre, as well as received acting training at Melbourne’s St. Martin’s Theatre.

According to Sullivan, his success story begins in childhood, as he stated in an interview. One of his photos on a local ad caught the attention of a previously unknown director, who invited him to the set of a short film about high school dropouts at a party where females are dying, with no graphic violence. Sullivan accepted the offer, and after his performance, the director encouraged him to pursue a career as a full-fledged actor. Unfortunately, the film’s title is unknown and it is not listed on the Internet Movie Database.

It is unknown when Sullivan graduated or what he did between graduation and his first film appearance, but he did make his film debut in 1994 with a role in “Baby Bath Massacre.” He landed his first significant role as Josh Hughes in the long-running TV sitcom “Neighbours” in 1998, after several minor roles. “The Condemned” and “December Boys” are just a few of the other films in which this actor appeared before his big break in 2010 when he landed the role of Craig Cody in “Animal Kingdom,” which was a big success at the 2010 Sundance Film Festival. Sullivan is still pursuing various roles at the moment.

Have you ever wondered how wealthy Sullivan Stapleton is in 2018? According to various credible sources, the current total of Sullivan’s accumulated wealth is over $3 million, largely aided by his numerous acting successes, with the largest contribution undoubtedly coming from the roles he obtained following his four nominations, as well as his fashion line called “Sullivan Stapleton Seduction.” As his career continues to flourish, the aforementioned value appears to be increasing.

Sullivan has had a few romantic relationships, the majority of which were public knowledge. Carla Bonner was his first publicly known girlfriend, whom he broke up with in 2008, and the following year he began dating Jo Beth Tailor, an Australian television presenter, singer, and actor. Several sources even claimed that the two were planning to marry, but they divorced in 2010. Various sources have recently claimed that Sullivan is secretly dating actress Jaimie Alexander, with whom he co-starred in “Blind Spot.” The rumor began after the two had an on-screen kiss, but given that they are professional actors, any intimate private relationship is unlikely. Furthermore, neither of the stars has confirmed the rumor.

Because of the significant influence of social media, it is now common for actors to maintain a close and active relationship with their fans to increase the popularity of the titles they are working on, and thus their net worth. Sullivan appears to be uninterested in this trend, as he has a Facebook profile, but it is kept very private, even though his Facebook fan page has a current total of 3,800 followers, while his Twitter account has nearly 5,000 followers, but his Instagram account has amassed a much higher 200,000 fans.