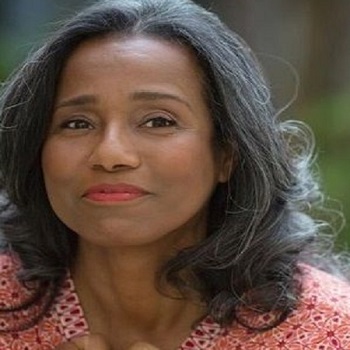 Suzanne Kay is an American news writer, journalist, producer, and on-air presenter. She is the only child of actress Diahann Carroll and famed jazz producer Monte Kay. Ed Sullivan and his voice for racial injustice are the subjects of a documentary made by the star youngster.

Suzanne was born in Santa Monica, California, in the United States of America, on September 9, 1960. Monte Kay, a famed jazz producer, and Diahann Carroll, an actress, gave birth to the star child. Sadly, her mother has passed away. She passed away on October 4th, 2019 at the age of 84.

Suzanne is an American citizen. She studied journalism at Columbia University and earned a master’s degree in the field.

After over two decades of marriage, they separated and filed for divorce in 2016. Sydney and August, their two children, were born to them as a couple. Her children are teenagers who are in high school.

Hero was co-written by the ex-couple. While in Cape Town, South Africa, to promote the film, they fell in love with the city and decided to make it their home.

Relationship History of Her Mother

Diahann, Suzanne’s mother, was married four times. In 1965, she married record producer Monte Kay and had a daughter named Suzanne.

Diahann had started a nine-year affair with actor Sidney Poitier, which was disclosed in 1959. According to reports, the actress divorced her spouse after Poitier agreed to leave her. He did not divorce his wife, though, and they remained married until 1968.

She began dating David Frost, a British television broadcaster and producer, in 1970. They were even engaged and dated until 1973.

Diahann stunned her fans by marrying Fred Glusman, a Las Vegas boutique owner, in 1973. She filed for divorce after only a few weeks of marriage, citing physical abuse and domestic violence as the reasons for the breakup.

The late actress married Robert DeLeon in 1975. Her husband perished in a vehicle accident two years later. She married singer Vic Damone in 1987, but the couple divorced in 1991. They reconciled later in life, but divorced in 1996.

Suzanne interned at McNeil-Lehr News, a PBS show, after graduating. She went on to work for CNN as a news journalist not long after. She was even the editor-in-chief of Essence Magazine. She’s also produced and co-wrote Hero and has written sitcom screenplays for FOX.

Suzanne worked for ETV! as an on-air personality. Wonder View Films, her production firm, was founded by her. She now works as a screenwriter for hire.

Suzanne has made a documentary about Ed Sullivan’s fight against racial injustice and his voice.

Suzanne Kay’s net worth is unknown, however, she has clearly lived a wealthy lifestyle since she was born. She could have inherited her mother’s wealth and estates.