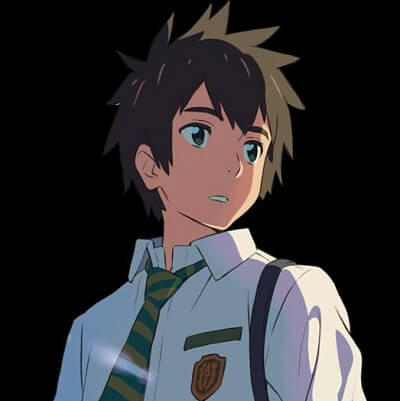 Who is Taki Tachibana?

The male protagonist of Kimi no Na Wa (Your Name) is Taki Tachibana. He is a 17-year-old high-school student who leads a busy life, juggling his part-time job at an Italian restaurant, socializing with his friends, and aspiring to a career in architecture. When he starts switching bodies with a high-school girl named Mitsuha Miyamizu in his dreams, who wished to live as a handsome boy in Tokyo, his life takes a turn.

The Japanese voice actor, Ryunosuke Kamiki contributed his voice to Taki Tachibana whereas Michael Sinterniklaas has voiced for the English version of this character.

Taki is a young man of average height and builds who is known for his good looks. He has dark blue eyes and spiky, nape-length brown hair with bangs that cover his forehead. Because of his impulsive personality, he is sometimes seen wearing band-aids.

He wore a plain white t-shirt and blue shorts when he was first introduced at the start of the movie. A white band-aid was also visible on his left cheek. A white dress shirt with a striped green tie and a dark blue blazer, dark gray pants with a black belt, and dark blue loafers are his standard school uniform.

He wears a waiter’s outfit that consists of a black vest, a long-sleeved dress shirt, a black bow tie, and a black apron that covers his pants while working part-time.

He wore a dark jacket, a V-neck shirt with orange, blue, and white stripes, khaki pants, and black sneakers with shoelaces on his date with Miki Okudera. He wears an orange wristband on his right arm as a good-luck charm, which he received from Mitsuha.

Taki was noticeably shorter and had a smaller build as a 14-year-old, though his facial features remained the same into adulthood. He was dressed in a white shirt and green tie with a pale yellow blazer on top of his standard middle school uniform.

He grows much taller and develops broad shoulders as an adult. His two high school friends make fun of him because he wears a black suit and a blue tie.

Taki is fourteen years old and in his final year of middle school when the year 2013 arrives. Mitsuha Miyamizu began switching bodies with Taki sometime around summer, though it was him three years later when he was seventeen, the same age as Mitsuha at the time. As a result, Taki did not experience body-switching in the current timeline and had no idea who Mitsuha was.

Mitsuha finds Taki on the train on her way home from Tokyo, where she had gone to look for him. Taki is reading through some flashcards on the train, oblivious to Mitsuha who is sitting right in front of him. Mitsuha approaches him and inquires if he recalls her, but Taki simply asks who she is. Mitsuha is disappointed by his response, but she does not pursue her inquiries any further. Taki has the impression that she is a strange young lady. When she is about to exit her station, he asks for her name, indicating that he is interested in getting to know her. Mitsuha gives Taki her name as well as the braided cord she is wearing, which Taki will wear as a good-luck charm for the next few years.

Taki watches TV that night and hears about the comet. He walks out to his balcony and sees the falling stars, which he considers to be a beautiful sight. Taki, on the other hand, was unaware of the comet’s impact on Itomori because he would not learn about it for another three years.

Taki met Mitsuha for the first time when they began swapping bodies in their dreams. In the meantime, they agreed to help each other out by laying down rules to protect each other’s contrasting lifestyles while they looked for an answer to the strange phenomenon. They have a complicated relationship at first: Taki is grateful to Mitsuha at times, but he is irritated by her for various reasons at other times. Mitsuha, on the other hand, is upset with Taki and the actions he takes in her body. This leads to squabbles, arguments, and both of them hurling insults such as “idiot” at each other. Despite this, they form a strong bond, come to understand each other on a deeper level, and Taki develops a deep affection for her. Taki also learns a great deal about Mitsuha’s life, traditions, family, and friends. Taki sympathizes with and admires Mitsuha because she is a female shrine maiden who has endured societal criticism as well as pressure from her father and broken family. Taki, on the other hand, is at ease confiding in her. Mitsuha is a significant figure in Taki’s life who has influenced him, according to Okudera.

Taki begins to develop romantic feelings for Mitsuha as time passes. When it’s brought up, Taki blushes and embarrassingly denies it, despite his obvious feelings for Mitsuha. When he no longer switches bodies with Mitsuha, he is determined to meet her in person because contacting her is impossible. Taki, on the other hand, is devastated when he discovers the truth about her and is left feeling hopeless and confused. Taki’s strong desire to save Mitsuha never fades, which is why he goes to such lengths to do so, including visiting the Miyamizu shrine and drinking her kuchikamizake in the hopes of reversing time and saving her. Taki is so overjoyed when his plan succeeds and he wakes up in Mitsuha’s body that he begins to cry. Taki tries to devise a plan in the hopes of preventing the disaster and ensuring Mitsuha and the other residents’ survival, but he is unable to do so. Taki believes Mitsuha will be able to do it, which means Taki has complete faith in Mitsuha and her abilities.

When Taki learns that Mitsuha went to Tokyo to find him, he is overjoyed and moved by her actions, as she came to meet him even though he didn’t know her at the time. He also recalls Mitsuha giving him her braided cord (which binds them together by the red thread of fate), and he realizes he had kept it as a good-luck charm for three years.

When Taki and Mitsuha finally meet in person at Kataware-doki, they are overjoyed and nervous at the same time. Because their romantic feelings are mutual at this time. They appear to be at ease with each other, as they were during the body-switching, but they are also nervous, as they blush on occasion. Taki confesses to Mitsuha by writing “I love you” on her hand instead of his own name before they are separated due to their different timelines. Taki reportedly did this due to the high likelihood of them forgetting everything about one another. However, because no one could erase his feelings, he would still be able to express his love for Mitsuha, and Mitsuha would know that someone loved her. When they became separated, Taki stated that he would go find her no matter where she was in the world. He is devastated, however, when he begins to forget about Mitsuha, who has become so precious and dear to him. Despite this, Taki seems to have completely forgotten about Mitsuha.

For the next few years, he feels as if he has forgotten someone important to him and is constantly looking for them. He occasionally glances at his palm, where Mitsuha had scribbled her incomplete message, and despite the fact that he has no recollection of it, he knows it contains some deep feelings. Taki looks at Okudera’s hand when he says he’ll be happy someday, implying that the feeling behind the message is Taki’s source of happiness. When Taki and Mitsuha see each other, they instantly recognize each other without saying anything, and they also realize that they have been looking for each other for a long time. When they finally reunite, despite having no memories of each other, they are both confident that they recognize each other, and the relief of finally finding that special someone after so many years makes them cry with joy.

Taki and Mitsuha are fated lovers who were destined to meet regardless of time, circumstance, or location because of their connection with the red string of fate. As a result, it’s safe to assume that they’ll eventually get together. Taki and Mitsuha are married by 2024, according to the Tenki no Ko light novel.

Taki worked at the same restaurant as Okudera and addresses her as “Okudera-senpai,” indicating that she is a senior. Taki had a crush on her, as evidenced by the fact that he had a few pictures of her, was awestruck by her beauty, and blushed and became nervous in her presence. However, until Taki and Mitsuha started switching bodies, their relationship was limited to friends and colleagues. Taki gained Okudera’s admiration when Mitsuha in Taki’s body helped sew her skirt after a customer had cut it, as she didn’t realize he had a “feminine” side despite his stubbornness. Following this, they gradually grew closer and began to spend more time together, with Taki occasionally walking Okudera to the station and accompanying her to cafés. As a result, they developed a mutual crush, which made Taki happy because he had grown closer to Okudera. But, much to Taki’s surprise, this sparked jealousy among other male coworkers at the restaurant. When Mitsuha set up a date for Taki and Okudera, it turned out to be a disaster, according to Taki. Despite Mitsuha’s prediction that they would eventually become a couple, Taki was told by Okudera that he now loves someone else (Mitsuha) rather than her, whom he had a crush on.

Despite this, they remain close friends, comfortable with each other despite Okudera’s occasional teasing. Okudera accompanied Taki on his search for Mitsuha, though Taki found both Okudera and Tsukasa inconvenient because they did not assist him in his search for Mitsuha. Okudera later admitted to Tsukasa that she liked him and that, despite her inability to understand what Taki was saying about Mitsuha, she supported him and believed in his genuine feelings for the person he was looking for. Their friendship has lasted into adulthood, and they still get together when Okudera is in the area for work. Now that Okudera is married, she assures him that he, too, will be content one day. 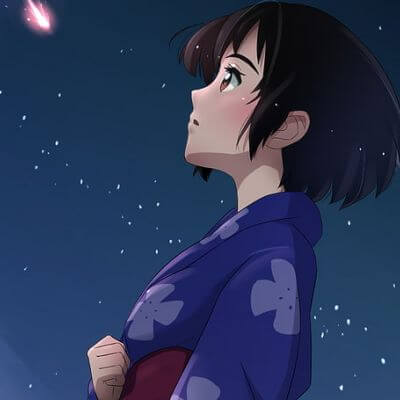