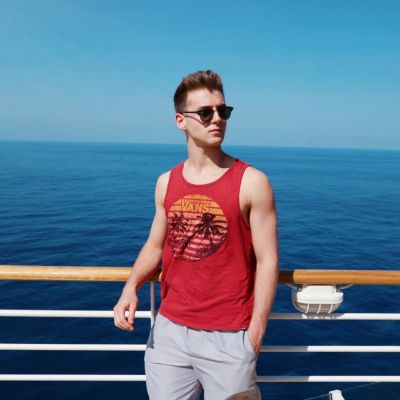 Do you know Who is Tal Fishman?

Tal Fishman was born on December 27, 1996, in Los Angeles, California, USA. He is a YouTube personality best known for posting content on his Reaction Time channel. He has gained a lot of popularity by posting reaction videos to pop culture news involving various celebrities such as Ariana Grande and Selena Gomez.

Tal and his brother launched their first YouTube channel, “Tal and Short,” in 2014, to reflect their height disparities. They typically posted comedic content such as skits. and was able to amass approximately 200,000 subscribers in a year.
Tal launched his own YouTube channel, “Reaction Time,” in 2015, where he began to post various reaction videos, which was a growing trend at the time. He primarily reacted to other YouTube videos, popular events, and celebrity news, and his channel quickly grew to one million subscribers in just over a year. Tal continues to post videos on his channel, which now has four million subscribers, and has launched other channels to promote different types of content. He created Game Time for video game-related posts, and Free Time for behind-the-scenes content, similar to a video blog (vlog) channel.

How wealthy is Tal Fishman? As of mid-2018, sources estimate a net worth of $600,000, earned primarily through a successful YouTube career. His popularity has prompted him to launch several new channels, including Game Time and Free Time. It is expected that his wealth will increase as he advances in his career.

While Tal doesn’t talk much about his relationships, there have been reports about his previous and current relationships. He was reported to have dated his first girlfriend, Neketa I, in 2016. Tal then dated Milica Kovilijac, who has several social media accounts, for a few months. He was in a relationship with Taliya Oztan in early 2017, which lasted several months, and then he dated Amra Beganovic, another social media personality. Later that year, he began dating Neutrino R, and it was rumored that the two were expecting a child, but they split up, and he is now dating YouTuber and model Bogglob.