Tanya Memme left ‘Home and Family’ to improve her self-esteem.

Tanya Memme was at the top of the food chain in the middle of 2015. Everything changed, however, after she left the Hallmark Channel’s show, Home And Family. Though the true reason for her departure was not revealed at the time, it was later revealed that she left the show to improve her self-esteem. She revealed in 2018 that she was a victim of intolerable abuse and working conditions while on the show. 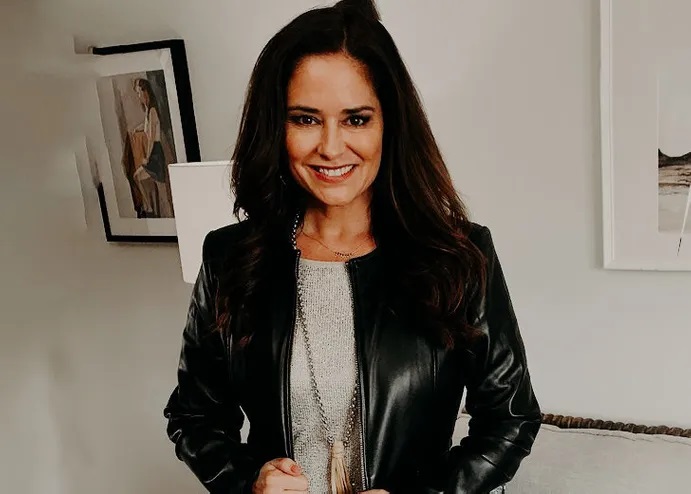 Tanya Memme’s career appeared to be thriving as a DIY expert for kids on the popular Show, Home And Family. On the outside, everything appeared to be fine, but behind the scenes, the Canadian television host was allegedly dealing with a slew of issues. As a result, after five years, the former Miss World Canada decided to leave the talk show on which she and her daughter both starred and which they both adored.
Continue reading to find out what prompted the popular host to call it quits.

Everything was going well on the show Home & Family, and no one had noticed anything suspicious. But they had no idea about Memme’s dreadful predicament. The sudden absence of the popular DIY-segment host, who was a regular on the chat show, raised many eyebrows. However, none of the questions were answered at the time. But, as the saying goes, the truth cannot be kept hidden forever, and the same thing happened here. When another Home & Family cast member, chef Shanti Hinojos, filed a case against Hallmark Channel’s owner for sexual harassment on October 22, 2018, the DIY expert used the opportunity to reveal the reason for her departure from the show.

In a Deadline article about chef Shanti Hinojos, Memme reached the article’s comment section and revealed the harsh truth. She revealed that she subjected to “intolerable abusive conditions,” among other things. Continuing her statement, she stated that the Hallmark Channel was fully aware of the situation but did nothing.

Life was never easy for the former Miss World Universe after she left the Home & Family show. In just eight months, the Canadian actress left the show she loved due to workplace abuse, while also divorcing her husband. She has a daughter, Ava Yepremyan, with him. In an interview with Rodney Flowers, the former Hallmark Channel star revealed that she has had a difficult two years, marked by significant financial and personal losses. However, the well-known housewife did not regret her decision to leave the difficult workplace. While there were consequences, the Canadian beauty believed she made up for her financial losses by maintaining her self-worth and dignity. To deal with the crisis, the TV personality started meditating and reading books. She also became a member of the International Association of Women, which provided her with a lot of encouragement and support.

Memme recovered gradually and steadily after that. She is now the creator of Life Masters, a video/podcast show on iTunes and YouTube that tells and discusses real-life stories of triumph and perseverance. Tanya, also cast in the rebooted version of the hit home design show Sell This House as a DIY expert.

Her current boyfriend, known as O.T., is accompanying the Life Masters founder on her new adventure, and he treats her like a queen. In March 2018, the couple met through April Beyer, a dating and relationship expert. The man known as O.T. has undoubtedly been instrumental in lifting Memme out of her troughs, as she says he was by her side during the most difficult times. When it comes to O.T., he served in the army for many years at a young age. The DIY expert also revealed in one of her Instagram posts that her boyfriend  “stationed in Germany and trained for war, in all altitudes and weather.”

Related Posts of Tanya Memme left ‘Home and Family’ to improve her self-esteem.