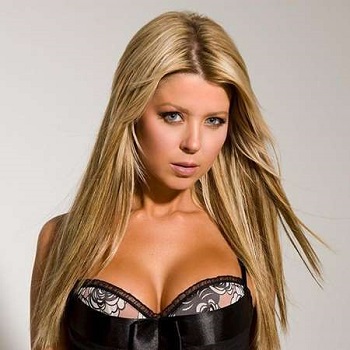 Tara Donna Reid is a well-known figure in the community. Tara Reid is an actress and model from the United States. Saved by the Bell: The New Class, Scrubs, and California Dreams are among her most well-known television shows. She is best known for playing Vicki in the American Pie franchise.

Tara Reid was born on November 8, 1975, in Wyckoff, New Jersey, United States of America. Donna and Tom Reid, Donna’s parents, owned a daycare center and were both teachers.

Tara Reid’s professional relationship with television began when she was six years old, in 1982. She used to be a regular on the game show Child’s Play. She also appeared in over 100 commercials for companies such as Jell-O, McDonald’s, Cravola, and Milton Bradley.

By the time she was a teenager, Reid had already appeared on Saved by the Bell: The New Class. In 1997, she relocated to Hollywood. Reid moved to Hollywood and began working in the film industry. In 1998, she made her big-screen debut in the film The Big Lebowski.

Although this film did not perform well at the box office, it has become a cult favorite. Reid’s films Cruel Intentions and Urban Legend were both financially successful. When she starred as Vicki in the wildly successful film American Pie in 1999, her career took a dramatic turn.

Reid only felt the hype of mainstream success after working on this film, which was her first ever to reach #1 at the box office. American Pie grew into a successful franchise in its own right, and Reid returned in the sequel, American Pie 2, which was even more successful.

She didn’t appear in the third installment, but she did reprise her previous role in the 2012 television series American Reunion. She did commercially and critically unsuccessful films like Josie and the Pussycats and National Lampoon’s Van Wilder after American Pie 2.

In Dr. T and the Women, Reid played the youngest daughter of a Texas gynecologist alongside Richard Gere. She was a recurring character in 11 episodes of Season 3 of the NBC sitcom Scrubs. Reid will star alongside Aston Kutcher in My Boss’s Daughter. She starred alongside Christian Slater in Uwe Boll’s film Alone in the Dark.

The film was widely panned, and she hasn’t appeared in any major theatrical releases since. With Daniel Conn, she starred in a commercial for Dodo, an Australian Internet provider, and low-cost phone. She hosted Taradise on the E! Channel, which was previously known as Wild on Tara Reid, but the show was canceled due to low ratings. The show premiered in October 2005 and featured high-society vacations and hot spots.

Reid worked on video films such as 7-10 Split/Strike, Clean Break/Unnatural Causes, and If I Had Known I Was a Genius between 2007 and 2008. She played the lead in the television horror film Vipers, and she played Bonnie in the thriller The Fields in 2010.

The thriller was released in 2011 and is her most recent big-screen appearance to date. In March of 2011, she appeared in the spoof trailer for The Big Lebowski 2 called Funny or Die. Reid was also cast in Celebrity Big Brother 8, a British reality show. In 2017, she appeared in the fifth installment of Sharkando.

Reid’s relationship with Carson Daly ended in June 2001. On January 18, 2010, her then-boyfriend Michael Axtmann, an internet entrepreneur, proposed to her at The Little Door Restaurant in Los Angeles. The wedding was supposed to take place in the summer of 2010, but it was announced on April 20th that the couple had broken up. At the end of 2010, she reportedly began dating businessman Michael Lillelund.

There were rumors that she and Michael were married, but there were also denials. In October 2011, Reid addressed the issue, claiming that they were not legally married.

She has spoken out about a botched plastic surgery procedure. She said in an interview with US Weekly that she had liposuction to help with her uneven breasts and to get a “six-pack” for a new film role.

Tara Reid had a procedure called “doughnut mastopexy” and additional liposuction to correct the augmentation and hopefully even out her stomach this time after the surgery didn’t go well and resulted in deformity.

She is regarded as one of Hollywood’s infamous party girls, alongside the likes of Paris Hilton and Kim Kardashian. Tara Reid has reportedly been dating musician Erez Eisen for a year. She recently went out to lunch with her boyfriend and one of his daughters in Beverly Hills. She is currently unmarried and without a husband.

Tara Reid’s breast-waist-hip measurements are 34-24-32. She stands 5’5″ tall and has blue eyes. Her phony breasts have gotten a lot of attention.