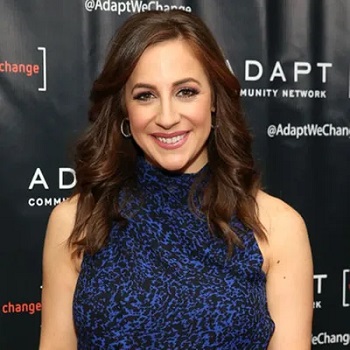 Teresa Priolo is a well-known American journalist who currently works for Fox 5. KIDK-TV, WFSB-TV, and WRGB-TV are among her previous employers. Priolo is noted for her unique way of presenting.

Mary Teresa Priolo was born on July 20, 1983, in Clifton, New Jersey, USA, with the zodiac sign cancer as her birth sign. In the United States, she attended Fairfield University. Priolo is an American national who does not identify with any ethnic group; she is a white American.

Teresa Priolo began her acting career in the reality show Wife Swap, which was produced by RDF Media, a British production firm.

Priolo started her career in journalism as a reporter at KIDK-TV in Idaho Falls, Idaho. She worked as an intern and assignment desk assistant at WFSB-TV in Hartford, CT, where she obtained experience in television news. Priolo went on to work for WRGB TV in Schenectady, New York, a CBS affiliate. She spent four years as a reporter and morning news anchor.
Priolo’s big break came in March 2012, when she was hired as a general assignment reporter by Fox 5 News. She has reported on big events like as Superstorm Sandy, the Newtown massacre, and Super Bowl XLVII. She is currently regarded as one of Fox 5 News’ most significant journalists. Priolo collaborates with journalists such as Audrey Puente.

Teresa Priolo’s net worth is unknown.

As a well-known face of Fox 5 News, she must have a net worth of at least a few hundred thousand dollars. Official figures aren’t available.

Teresa Priolo is a married woman with two children. After a ten-year relationship, she married her long-time partner Daniel on October 25, 2013.

The pair has yet to have children, and sources claim that they are currently more focused on their careers.