Despite speculations to the contrary, Amber Heard is set to star in Aquaman 2. 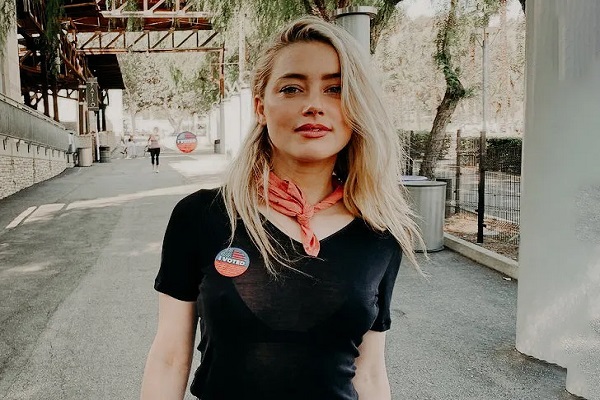 Although filming for Aquaman 2 has begun, followers of Johnny Depp continue to demand that Amber Heard be dismissed from the movie.

Previously, reports circulated that Heard had been sacked from Aquaman 2. The rumors spread swiftly, causing a media frenzy.

According to an Australian entertainment news site, Heard was sacked from the coveted part because she failed her physical examination due to her weight gain.

According to the website, Heard had gained weight and was in bad shape, in violation of a contract stipulation requiring her to be in good health.

It was also revealed that Warner Bros. had yet to find a new actress to play Jason Momoa’s on-screen love interest, and that Emilia Clarke was being considered. Fans of Johnny Depp, understandably, were overjoyed by the news.

This isn’t the first time that rumors of Heard’s firing have circulated, as the internet has been clamoring for her cancellation for quite some time. There have even been petitions calling for Heard to be removed from the sequel.

But, before the internet could rejoice, reports surfaced claiming the claim was false and based on guesswork. The Hollywood Reporter’s Senior Staff Writer, Ryan Parker, acknowledged that the rumor was false but provided no other details.

According to reports, he’s in talks for a Star Wars role

Despite the efforts of die-hard Johnny Depp supporters to smear Heard’s career, she appears to be thriving.

Heard will not only star in the Aquaman sequel, but she may also sign a deal with Warner Bros. that will make her one of the highest-paid female performers in the industry, according to Daniel Richtman, a Hollywood insider with inside scoops.

According to reports, the deal will be a big step forward in Heard’s career. Richtman also stated that Heard was in talks for a Star Wars part, but he provided no further specifics.

However, we’ll have to wait and see what comes of Richtman’s information.

Amber Heard Welcomed a Baby Girl in a Quiet Way

While we await word about Heard’s future, her present is unquestionably full with benefits.

The actress just welcomed her first child, a daughter, and stated that she did so on her own terms as a single mother.

The star announced the birth of her daughter Oonagh Paige Heard on April 8 in an Instagram post. A snapshot of Heard with her infant snuggling near her accompanied the post.

Heard stated in the captions that Oonagh’s birth signified “the start of the rest of my life” and detailed how she decided to have a child four years ago. She also hoped that having a kid without a ring will become more commonplace in the future.

According to Page Six, Oonagh was conceived via surrogate after Heard was informed she would never be able to carry her own child. Heard’s mom was likewise besotted with her daughter, according to the source.

Best wishes to the new mother.

Jason Momoa once said, "I don't have a bodyguard."Ever imagined what Game of Thrones' Dothraki warrior Khal Drogo would look like surrounded by bodyguards?It would be a sight to witness, as Aq
Read More
March 14, 20220