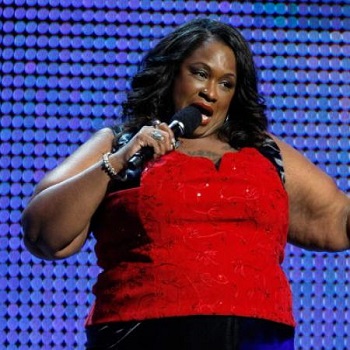 Thea R.Vidale is an American stand-up comedian and actress best known for her performance as Thea Armstrong-Turrell in the ABC sitcom Thea from 1993. She is, in fact, the first Afro-American female comedian to have her own television show. Similarly, she earned worldwide fame when she appeared as wrestler Shelton Benjamin’s mother and was dubbed “Momma Benjamin” by the audience.

Age and Education in Early Life

Thea Vidale was born in Washington, D.C., on November 20, 1956, into a military family with three sisters. As of May 2021, she is 64 years old. Her family relocated to Vicotria, Texas, when she was 12 years old, and she grew up in a variety of areas.

In terms of her education, she attended Victoria High School from 1975 to 1976. Vidale, a 63-year-old comic, worked as a waitress in Texas after high school before being pushed by friends to pursue her dream of becoming a comedian.

Thea, a female stand-up comedian from Washington, D.C., was reared in a military family. Talking about her family, particularly her father, was both verbally and physically violent to her. Her father eventually ejected her from her own house when she was 15 years old.

She married at the age of 18 in 1974. She married an abusive man, exactly like her father, and life became just as difficult when she was with him.

She has two sons and two daughters and is the mother of four children. Despite this, the pair split up after a while. She afterward left her children with her ex-husband and continued to travel to several countries in order to further her career as a comedian. Regardless of how cruel and violent her husband was, she admired him greatly because of the way he loved and cared for their children.

Here’s a full interview with comic Thea Vidale from Rover in February 2014. @Rover’sMorningGlory on YouTube is the source of this video.

In 1986, the Afro-American female comic began her career as an amateur stand-up comedian in Houston. Then, in 1989, she starred in HBO’s “Rodney Dangerfield: Opening Night at Rodney’s Place,” a cable comedy special.

She co-starred in the sitcom with Tim Allen, Jeff Foxworthy, and Sam Kinison. She continued to do stand-up comedy and toured the country in 1999 with Thea Vidale, Down & Dirty.

She is most remembered for her role as “Thea” in the ABC sitcom Thea, which aired for only one season in 1993 and was rated “around 50 out of 75 series” at the time. She did, however, receive a People’s Choice Award nomination for Favorite Female in a New Series.

She later appeared in a number of sitcoms, including The Wayans Brothers, Ellen, The Drew Carey Show, and My Wife and Kids.

In 2007, she made a special appearance in the television series Ugly Betty as a hairdresser in the episode “Queens for a Day.” In the Drake & Josh episode “Really Big Shrimp” that same year, she played Helen’s grandma.

Vidale’s WWE Career “Momma Benjamin” is another name for her.

Vidale debuted as Shelton Benjamin’s mother on World Wrestling Entertainment in January 2006. (WWE). She appeared on the show multiple times, even challenging other wrestlers on Benjamin’s behalf.

Momma Benjamin interrupted Shelton’s match with the Big Show on RAW on February 6th. She collapsed on the ground after the match due to a heart arrhythmia that forced her to pass out.

She was introduced for the final time on WWE on March 13, where she disclosed that she was having heart surgery and that she would not be returning to the company.

The mother of four is a well-known stand-up comedian who has inspired many people around the world. In terms of her net worth, as of 2021, she is predicted to be worth $2 million. She makes the most of her money as a professional stand-up comedian and actor.