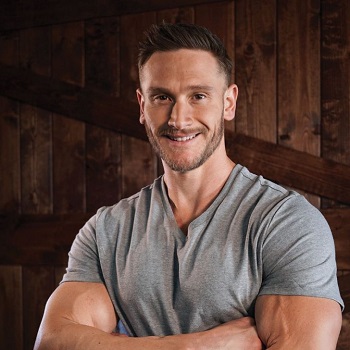 Thomas DeLauer, an American fitness trainer, author, and YouTuber, made headlines when he went from 280 pounds to losing over 100 pounds. DeLauer is a top fitness trainer who writes for Ironman Magazine, Muscle and Fitness Magazine, Natural Muscle Magazine, and FitnessRX Magazine. He is known for his knowledge on the Keto Diet and inflammation in the body.

Professional for almost a decade, the 2012 Top Trainer of the Year is also a popular YouTuber with 2.35 million subscribers on his self-titled channel. In addition, he has been on the covers of fitness magazines such as Natural Muscle.

When and where did Thomas DeLauer get his start?

Expert in Bodybuilding and Fitness Training

Thomas DeLauer moved to Italy as a teenager to study Art History in order to pursue a career as an entrepreneur. He grew enamored with the gym and began bodybuilding there. However, following his schooling, Thomas began working as a business executive, which resulted in him gaining weight. DeLauer was said to have been 280 pounds at one point but later aimed for fitness workouts, which led to a career in bodybuilding.

He established himself as an exceptional figure in the fitness field by following a Keto Diet and creating his own daily training regimens. He lost over 100 pounds. His story inspired a lot of people, and he became an internet phenomenon.

His most well-known Science-Based Six Pack Program propelled him to the next level as a health and fitness expert. Soon after, Thomas was a cover model for a number of well-known fitness and health magazines, and he began writing about inflammation in the human body. As a diet, nutrition, and mentality expert, he has worked with magazines such as FitnessRX for Men, Cut and Jacked, Natural Muscle Magazine, Muscle and Fitness Magazine, and Iron Magazine.

Thomas has a net worth of $1 million in September 2020, thanks to his growing career in bodybuilding and fitness instruction. Aside from being on magazine covers, DeLauer makes a lot of money as a fitness and diet author, as well as a fitness teacher. A fitness coach can expect to make $41,773 per year on average in the United States.

Wife and Children of DeLauer

Thomas DeLauer is happily married, and he and his wife Amber DeLauer have a wonderful relationship. The two were reportedly high school sweethearts. They married in 2008 and have been together since then. Thomas’ wife was afflicted with an auto-immune condition, and his father was diagnosed with cancer, all of which made him more health-conscious and motivated him to pursue a career as a fitness guru.

Thomas and Amber have two children together. After welcoming son Thomas Everett DeLauer Jr. in November 2017, the American fitness fanatic made a Facebook post (born on November 3, 2017). Emma Rose DeLauer, the couple’s second child, was born on April 23, 2020.