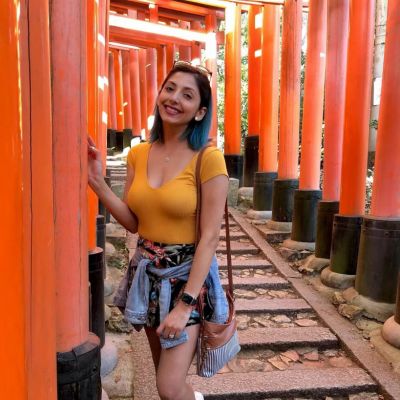 Do you know Who is Tiffany Del Real?

YouTube has never been more popular, and many people have used it to their advantage, showcasing their skills and talents, whether they are actors, dancers, singers, comedians, or anything else that other people find interesting. Tiffany works as a producer and public relations manager for Just Kidding Films, and she also has her own YouTube channel with over 330,000 subscribers.

Tiffany rose to prominence on YouTube, but she has since expanded her following to other social media platforms, particularly Instagram and Twitter, though she can also be found on Facebook. Her official Instagram page has over 315,000 followers, with whom she has shared her most recent personal and professional accomplishments. Tiffany is also very active on Twitter, where she has over 60,000 followers, and has shared her recent professional endeavors, such as her own podcast on Spotify, among other posts.

Tiffany Del Real was born on November 29, 1990, in San Francisco, California, USA, to Mexican parents. She had a difficult childhood because her parents divorced, which caused her to suffer from depression. Tiffany was only sad because she was far away from her father, but when she turned 15, she moved to Mexico to live with her father. Unfortunately, no information about her educational background is available.

Tiffany’s life changed when she met the members of Just Kidding Films at one of the many concerts she attended.

She immediately joined the crew and began assisting them with their videos. In addition to appearing in a number of videos, she began working behind the camera as a producer, as well as creating Just Kidding Films merchandise and doing everything she could to sell her creations. Tiffany’s popularity grew gradually, and she decided to launch her own YouTube channel as well as an Instagram account. At the time, Tiffany met her future husband, Casey Chan, with whom she launched the Tiff & Case YouTube channel. They began uploading funny videos while also covering their daily lives, which drew viewers from all over the world to Tiffany’s channel. The first video, titled “Welcome to Our Channel,” has received over 535,000 views.

Do you have any idea how wealthy Tiffany Del Real is? Well, thanks to her creativity and business skills, this YouTuber has made a name for herself, and her success has contributed to her wealth. Tiffany’s net worth is estimated to be more than $1 million as of late 2019, which is quite reasonable, don’t you think? Tiffany’s net worth will undoubtedly rise in the coming years, assuming she maintains her successful career.

Tiffany has used YouTube to share most of the important details from her personal life with her fans, and we are delighted to share them with you. Tiffany is married; her husband’s name is Casey Chan. Casey proposed to Tiffany several years into their relationship after they met in 2012; their wedding ceremony took place in 2017. The two do not have children of their own, though Tiffany is a mother; during her stay in Mexico, she became pregnant and gave birth to her son Isaac on January 12, 2008, when she was only 17 years old. She has not revealed the child’s biological father’s name.

Tiffany’s height and weight are unknown to you. Tiffany has a height of 5ft 4ins (1.62m) and a weight of 112.5lbs (51kg). Her vital statistics are unknown, but she is petite. Tiffany’s fans have speculated that she has breast implants, but she has never confirmed the rumors, despite the fact that the difference in the size of her breasts is obvious when comparing older and more recent photos.