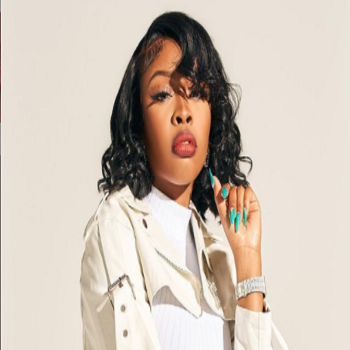 Tink, a 26-year-old singer-rapper, is known not only for her music but also for her label-related scandals. Winter’s Diary, the independent artist’s first mixtape, was released in 2011. Blunts and Ballads, Winter’s Diary 4, and Voicemails are among her other hit tracks.

Trinity began singing, rapping, and recording in her father’s basement studio when she was 15 years old. She and her brother garnered local attention after they shared a video of her freestyling over Clipse’s Grindin when she was 16 years old.

Her official career began in 2011 with the release of her mixtape Winter’s Diary, which she published through Lyrical Eyes Management. Alter Ego and Blunts and Ballads, her second mixtape, were released the following year.

Boss Up, her fourth mixtape, was released in 2013. She was also featured on Future Brown’s first hit Wanna Party that same year.

Despite the fact that the album was done, Epic Records and Timbaland agreed to postpone the release of Think Tink in 2015. She revealed in 2017 that she hadn’t spoken to Timbaland in three months and that she was looking for a long-term solution to get out of her Mosley deal.

Tink received rights to her unreleased tracks when the two parties negotiated an agreement at the conclusion of the year. Tink is currently a self-employed artist.

According to sources, she has no desire to collaborate with Timbaland on any of her tracks.

Pain & Pleasure, her debut EP, was released in March 2018 through Sony RED and Entertainment Group.

For the past decade, the 26-year-old singer-rapper has worked as a musician. Tink’s net worth is projected to be around $1 million as of May 2021, according to multiple sources.

She earns a fair amount of money through her sponsors, commercial commercials, paid promotions, and endorsement deals in addition to her singing profession.

Tink was born Trinity Laure’Ale Home on March 18, 1995, in Calumet City, Illinois, to Renae and Thomas Home. Her nationality is American, and she is of Afro-American heritage.

As of 2021, she is 26 years old. Tiny, also, attended Chicago’s Simeon Career Academy for high school. Her favorite subject in high school was English since it helped her become a better writer.

Tink is supposedly unmarried at the moment when it comes to her love life. There is no mention of her boyfriend or any other guys she is romantically involved with on her social media pages. As a result, her present relationship status is unknown.