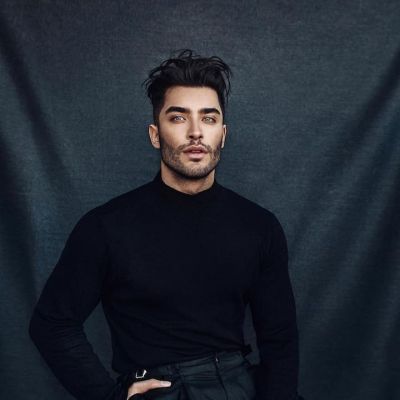 Do you know Who is Toni Mahfud?

Toni Mahfud was born on December 2, 1994, in Hamburg, Germany, and is a model, photographer, artist, and social media personality. He rose to prominence on the website Instagram, where he has amassed over 3.5 million followers since opening his account in 2011.

Toni was born into an artistic family and developed a strong interest in the creative arts at a young age. Despite having no formal drawing training, he began developing his skills in sketching, and drawing various characters, including anime, and excelled academically. However, he never imagined himself as a future artist, and drawing remained a hobby for him throughout his adolescence.

As social media became more popular during his high school years, he decided to begin displaying some of his works online. His fan base began before he graduated from high school, and he would amass a sizable following in Germany. He frequently posted on Facebook, and his sketches quickly received thousands of likes, so he decided to open accounts on Twitter and Instagram as well. Aside from his artwork, he also posted his photos, which drew more followers due to his physique and appearance.

With the rapid growth of his social media websites, he began to receive modeling offers from top companies such as Tommy Hilfiger, appearing in several of the company’s commercials before becoming a catwalk model for high-profile designers and fashion week events. He gained even more notoriety when he began posting photos and videos of his sketches of various Hollywood celebrities, including Channing Tatum, Adele, and Angelina Jolie from the film “Maleficent.”

His artworks drew the attention of several media outlets, and he was also signed to IMG modeling. Since then, Mahfud has appeared in promotional campaigns for G-Star Raw, Tigha, Nike, and Adidas, and has also received acting offers from German and American film companies, though he has yet to announce any acting projects. In an interview, he stated that his goal is to become a famous artist, but he is also a photographer and has a blog where he showcases some of his work. He started a YouTube channel in 2015 to showcase his painting and drawing abilities, and it now has over 100,000 subscribers.

Toni has received more offers from various brands in recent years, and she has begun a partnership with OnePiece and Gillette. He also attends red carpet events and high-profile events for the brands with which he has collaborated, such as Tommy Hilfiger, and continues to post regularly on all of his social media websites, frequently combining art with personal photos, videos, and inspirational quotes.

Color and color combination should be one of the first considerations for artistic photographers and artists. He also stated that everything must be consistent with the overall picture or vision. When first starting online, it’s critical to post regularly. Later in his career, however, he learned to post only when he believes he has done his best work.

Sources estimate his net worth to be over $4 million as of late 2018. He has also amassed a large number of followers on other social media platforms such as Facebook and YouTube.

Mahfud is known to be in a relationship with model and beauty queen Ruhama Negassi. The couple has attended several events together, including the GQ Men of the Year awards in Berlin in 2017. He has also been photographed with several other women. The majority of whom he has worked with during his modeling career. Ruhama is also active on social media, especially Instagram and Facebook. She also runs her advertising agency, Almaz Agency.