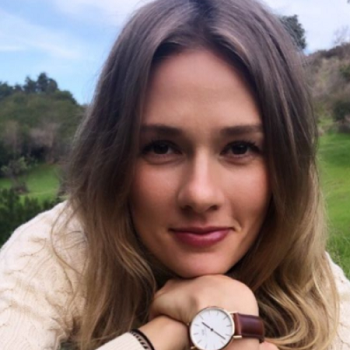 Tori Anderson (born Victoria Anderson) is a Canadian actress best known for her roles in television shows like Open Heart, The Other Kingdom, No Tomorrow, and Caught. Since her professional debut in 2003, the actress has had a recurrent part in the crime drama series Blindspot, which she starred in from 2017 until 2020.

Education, Parents, and Height in Bio-Wiki

Anderson has a height of 5 feet 8 inches, or 173 centimeters. As of this writing, she is 32 years old. She was born in Canada and is a Canadian citizen.

Originally shown on ‘The Twilight Zone’

Tori began her acting career in 2003 with an uncredited cameo in the television series The Twilight Zone. Tru Calling, Cable Beach, Smallville, and The Mermaid Chair were among her subsequent TV programs and films.

She has a recurring part in the drama series The L.A. Complex in 2012. In 2015, she was cast in the lead role of Dr. London Blake in the TeenNick and YTV series Open Heart.

The actress was cast in the TV series MsLabelled the same year. In 2016, she was cast as Queen Titania on Nickelodeon’s The Other Kingdom.

From 2016 to 2017, Anderson starred as Evie in the CW series No Tomorrow, in which she played the major role. Similarly, from 2017 until 2020, she had a recurring part in the crime drama series Blindspot.

She has appeared in television shows such as Open Heart, The Other Kingdom, No Tomorrow, Caught, and TV films such as Love Under the Olive Tree, Spotlight on Christmas, and You May Kiss the Bridesmaid since her debut in 2003.

The actress from No Tomorrow is married. In January 2018, she married her longtime boyfriend Mitch Myers. Their nuptials took place on a Caribbean island.

Her husband is a professional graphic designer. They originally met in 2010 and began dating soon after. Before marrying, the pair successfully dated for eight years.

They’ve shared a lot of beautiful photos on their social media accounts.

She also has 36.8 thousand followers on Instagram, where she goes by the handle @tortorra_.