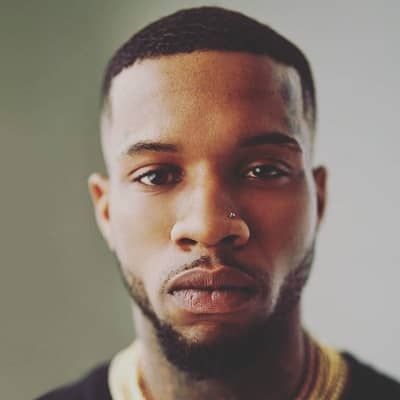 Do you know Who is Tory Lanez?

Tory Lanez, born Daystar Peterson on July 27, 1992, in Toronto, Ontario, Canada, is a rapper/singer best known for gaining popularity and recognition by releasing the mixtape “Lost Cause,” which contains the singles “Luv” and “Say it,” both of which charted highly on the Billboard Hot 100. He’s also had two studio albums released by Mad Love Records and Interscope Records.

Tory began rapping as a child and was known to refine his techniques even at a young age. His mother died of a rare disease, and he and his father moved around the United States as a result of his father’s work as a minister and missionary. After his father remarried, they eventually settled in Atlanta, Georgia, where Tory met his friend Hakeem, who gave him the nickname “Lanez”; the nickname arose from Tory’s thrill-seeking tendencies as he played in the lanes of traffic without much care.
Due to behavioral issues, he relocated to New York in 2006 to live with his older half-brother. He was then forced to return home to Toronto with his grandmother, but soon after began living on his own because his grandmother refused to care for him. Tory Lanez ended up living with three other people he didn’t know, but he began rapping again, initially calling himself Notorious before changing his name to Tory Lanez. He dropped out of 10th grade and began performing at outdoor concerts, developing an interest in singing despite never having received formal vocal training.

While living in South Florida in 2009, he released his debut mixtape titled “T.L 2 T.O,” which prompted him to begin directing his music videos for YouTube. Lanez was noticed by Sean Kingston, who invited him to perform live during Justin Bieber’s tour, thanks to his online exposure. He released more mixtapes the following year, including “Playing for Keeps,” “One Verse One Hearse,” and “Mr. Killah Verse 1”. He signed with Kingston’s label Time is Money Entertainment and released several mixtapes before going independent.

After releasing several mixtapes over the next few years, he released “Teyana” in 2014 as a tribute to singer Teyana Taylor. He also released the songs “The Godfather,” “I’ll Be There,” and “Balenciagas,” and went on his first headlining tour to promote the release of his mixtape “Lost Cause.” He also began ghostwriting songs for other well-known artists like TI, Akon, and Travis Scott. In 2015, he announced that he was working on an EP and released a few singles for the EP, titled “Cruel Intentions.”

His net worth grew in tandem with his popularity. Tory then began work on his debut album, “Say It,” and released the album’s first single. He later revealed that he had signed with Mad Love Records and Interscope Records, released several more mixtapes, and appeared as a guest on “Jimmy Kimmel Live! ” to sing the song “Say It.” In 2016, he announced a second tour and released his official second single, “Luv,” before releasing his album, “I Told You,” in the middle of the year. He went on to work on a second album, “Memories Don’t Die,” which was released in 2018.

Tory Lanez’s net worth is unknown. According to sources, he has a net worth of $2 million as of early 2018, primarily from a successful career in the music industry. Throughout his career, he has been nominated for several awards, but he has also had his share of controversies. It is expected that his wealth will increase as he advances in his career.

Lanez has a son who was born in 2016, but he refuses to identify the mother, saying only that they get along well.