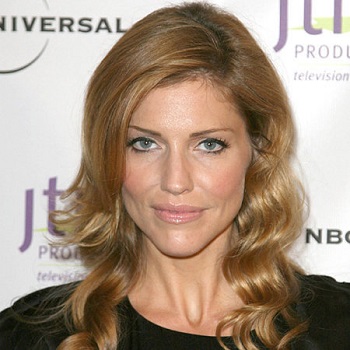 Tricia Helfer is a Canadian actress and former model who is best known for her roles in the American military science fiction television series Battlestar Galactica and as Sarah Kerrigan in the StarCraft II: Wings of Liberty real-time strategy video game. Helfer began modeling at the age of 17 and won the Ford Supermodel of the World title in 1992. She went on to grace the covers of numerous magazines and become Victoria’s Secret model.

Tricia Helfer was born on April 11, 1974, in Donalda, Alberta, Canada, under the zodiac sign of Aries. She was born in Canada and comes from a white ethnic background. Tammy, Trina, and Tara are Helfer’s three sisters. William E Hay Composite High School was where she received her education.

Tricia Helfer has had a very successful modeling career. She carries herself with pride, which only adds to her appeal. Helfer began modeling when she was just 17 years old, and she hasn’t looked back since. She has worked as a model for major brands, and as a result, she is well-known all over the world. Helfer has also graced the cover of the influential Playboy magazine. She worked as a reporter for Canada’s Ooh La La Fashion Television during her modeling career.

In the year 2003, she played the role of Eva in the film White Rush. Sasha was her character in the film Spiral, which she starred in in 2007. In another film, Inseparable, she played the role of Rae Wicks. Authors Anonymous, Scribble, Bloodwork, Open House, and A Beginner’s Guide to Endings are among her other film credits. Her work in TV series has also been outstanding.

In the year 2002, Helfer portrayed Sarah in the television series Jeremiah. She portrayed Number Six in Battlestar Galactica in the year 2003. From 2007 to 2009, she played Carla in another popular TV series called Burn Notice. The Spectacular Spider-Man, Chuck, Lie to Me, and The Whole Truth is among her other TV shows.

With her exotic beauty and exceptional acting skills, Tricia Helfer has certainly succeeded in capturing the attention of the general public. She has won the hearts of all audiences with her brilliant performances in numerous movies and television series throughout her career.

According to some online sources, she has an estimated net worth of $8 million as of 2018. She won a three-year, $250,000 contract with the Ford talent agency in July 1992 after winning the Supermodel of the World contest.

Tricia Helfer’s personal life has been as flawless as her professional life. She married Jonathan Marshall in 2003, and their relationship as husband and wife is still going strong. Because their relationship is in such good shape, there is almost no chance of them getting divorced. She is not having an extramarital affair, which means she is currently without a boyfriend. She was severely injured in an accident when luggage was dropped on her head, resulting in a severe injury.