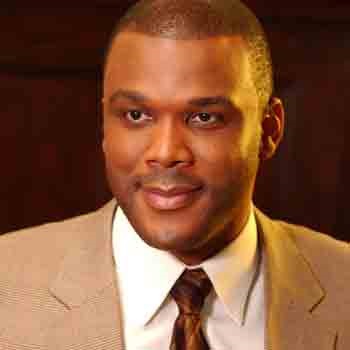 Tyler Perry is best known for creating and portraying the prominent Madea character, a lofty and thuggishly tough elderly woman, in drag. Perry is an accomplished director, screenwriter, playwright, producer, author, and actor from the United States. Since the 1990s, Perry has written and produced numerous shows. Tyler Perry’s House of Payne is one of his many television series. Several of Ty6ler’s stage-play films have been adapted for the big screen. Perry had an exclusive multi-year deal with the Oprah Winfrey Network to bring scripted programming to the network.

Tyler Perry was born Emmitt Perry, Jr. in New Orleans, Louisiana on September 13, 1969. He shared a home with his Carpenter father Emmitt Perry, Sr., Willie Maxine Perry, and three siblings. Tyler’s father was a ruthless man who frequently beat his children. He attempted suicide once to get away from his father’s beating. Tyler legally changed his name from Emmitt to Tyler when he was 16 years old in order to distance himself from his father. Tyler later confirmed that he was molested as a child by a friend’s mother and three other men when he was 10 years old.

Later, he discovered that his own father had abused his friend. Tyler took a DNA test recently and discovered that Emmitt Sr. is not his biological father. He has a GED but does not have a high school diploma.

Inspired by the Oprah Winfrey Show, he began writing a series of letters to himself, which later became the foundation for the musical I Know I’ve Been Changed. After moving to Atlanta in 1990, he performed I Know I’ve Been Changed at a community theater two years later. It was a catastrophic and financially disastrous failure. Tyler retooled and restaged the play in Atlanta’s House of Blue Theatre when he was 28 years old. Then he went to the Fox Theatre and did the same thing. Tyler had become extremely well-known by 2005, with Forbes reporting that the play had grossed more than $100 million in ticket sales, $30 million in video sales, and $20 million in merchandise.

Perry signed a deal with Lions Gate Entertainment, which is responsible for co-producing and distributing his films. Under the corporate name Very Perry Films, Perry retains full copyright ownership. Perry’s first film, Diary of a Mad Black Woman, had a budget of $5.5 million and grossed $50.6 million in the United States.

Tyler then directed a film adaptation of Ntozake Shange’s 1975 poem For Colored Girls Who Have Considered Suicide When the Rainbow Is Enough, which was released on November 5, 2010. After that, he released “Good Deeds,” a film in which he wrote, directed, and starred.

Tyler Perry’s Salary And Net Worth

Tyler began dating Gelila Bekele, a 15-year-younger woman, in 2007. Perry announced in early 2014 that he and his girlfriend Gelila were expecting a child. On November 30, 2014, the couple welcomed their first child, a son named Aman Tyler Perry. They’ve been together for a long time and still have a strong bond. He now lives and works in Southwest Atlanta, where he runs Tyler Perry Productions and his television studio.

Tyler Perry’s sexuality is straight, but he is frequently mistaken for gay due to his cross-dressing black woman character Madea. Tyler has one of the most masculine bodies of any African American actor when he is shirtless. Janet Jackson, Will Smith, and Oprah Winfrey are among Perry’s close friends. His works primarily focus on theology and social behavior, with a focus on Black church culture and child abuse.

Perry purchased a 17-acre estate in Buckhead, Atlanta in 2007, and his company purchased 1100 acres in Manchester, Georgia in 2013. Perry sponsored 65 children from Philadelphia to attend a day camp at Walt Disney World. Tyler’s mother died on December 8, 2009, at the age of 64, from an illness.

Perry purchased Dean Gardens, a 58-acre estate in Atlanta, in August 2010. Perry has only three women in his dating history, one of whom is a rumor. Tyler started dating Tasha Smith, who is two years his junior. Tyler and Tyra Banks were then seen dining out together in 2006, sparking rumors of a romance. Both parties denied it, but the “hanging out together” and the rumors continued.

He is of African descent and of black ethnicity.