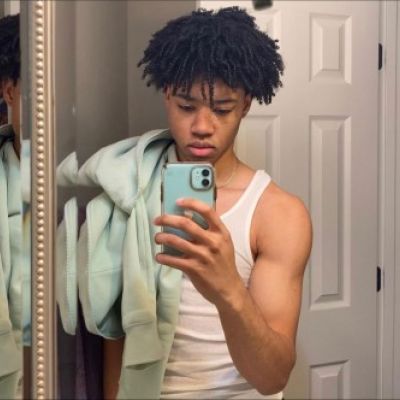 Do you know Who is Undos?

Undos has amassed millions of likes since his inception. He is a TikTok, YouTuber, and Dancer from the United States. He posts his dance, skit, and lip-sync videos on the internet.

Zach Jelks, better known as Undos, was born on March 17, 2000. He is a young man 22 years old. Atlanta, Georgia, United States is where he was born. He is from an American family. His religious faith is Christian. His astrological sign is Pisces.

The public has adored his videos and dance moves. He has a distinct personality that draws people in. He has a good physique. His ancestry is mixed. He has black hair and hazel eyes.

Zach had a wonderful family until an unfortunate event occurred. Zach was shocked when his mother, Kathleen Bernice Jelks, died in 2011. His brother died in 2018 not long after he had recovered from his loss.

Zach currently lives with his father, a businessman, and his sister, Kennedy.

Zach has always attempted to keep his personal life separate from social media. He hasn’t revealed anything about his romantic life. He is currently unmarried and presumed single. Zach does not have any children.

Zach was a good student in school, but he was also a prankster. He made a lot of jokes and memes and became the class jokester. Undos went to Greater Atlanta Christian School in Atlanta, Georgia, USA. He later enrolled and graduated from Kennesaw State University.

Zach began making TikTok videos to relieve his loneliness following his loss. He never imagined it would lead him to stardom. Zach went viral and gained a large number of followers. He later launched his own YouTube channel, @Undos.

Zach has worked with many TikTok celebrities, including Tatayanna Mitchell, Larry, and others. He has millions of views on TikTok and YouTube, which enables him to earn a good living. His net worth is estimated to be between $ 700,000 and USD 800,000.