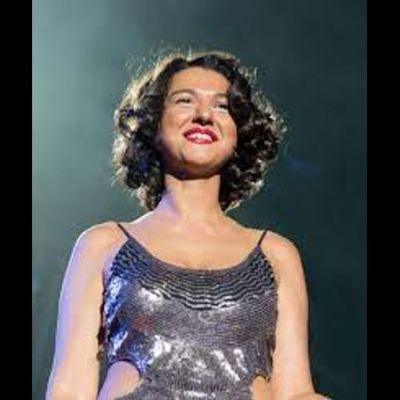 Do you know Who is Victoria Granucci?

Victoria Granucci is well known as the second and former wife of famed American singer John Mellencamp. He was infatuated with her beauty and fell in love with her as soon as he saw her photo, despite never seeing Victoria in person. However, life separated them and they divorced, so Victoria returned to her normal routine free of media scrutiny. What is she up to now? What is her age? Let us learn more about her current situation.

Victoria Granucci was born on November 26, 1958, in Burbank, California, USA, under the sign of Sagittarius, and holds American citizenship. Victoria’s parentage is unknown, as she remained off the media radar before courting and marrying John Mellencamp. As a result, her parents’ names, ages, and occupations are unknown, and no information about her siblings is accessible (if she has any). She is currently residing in Hilton Head Island, South Carolina, where she relocated following her divorce from John Mellencamp.

Victoria’s education is unknown, except that she attended Glendale Adventist Academy and graduated in 1976. There is no information available regarding any colleges or universities Victoria attended or graduated from.

Because Victoria first came to public attention when she began dating John Mellencamp, little is known about her prior career, except that she worked in the same business as John throughout her adolescence, as an extra on the sets of several films and music videos. In shows like “Charlie’s Angels,” “Happy Days,” “Chips,” “Fantasy Island,” “Love Boat,” and others, she could be seen in the background or in the crowd. After having her second child, Justice, she chose to become a full-time mother and quit all of her part-time employment. When she divorced her celebrity husband and moved back to Hilton Head Island, she began working at “Reilley’s North End Pub.” There is no information about the position she is now holding.

Sources estimate Victoria’s current net worth to be more over $1 million, owing partly to her divorce settlement. She stated that she works at “Reilley’s North End Pub,” but she never stated what position she holds or how much she earns per month. Her John Mellencamp daughters are all grown up, so she no longer receives alimony from him. However, based on her images, she appears to enjoy a decent life, with plenty of opportunity to eat out and travel around the world. According to sources, her ex-husband, John Mellencamp, has a net worth of $25 million as of 2019. Teddi Jo, their older daughter who is a prominent actress and the star of the TV show “The Real Housewives of Beverly Hills,” has a net worth of $12 million.

On a blind date, Victoria met John Mellencamp. She had no idea John had become captivated with her beauty after seeing her picture on the wall at a friend’s house and urged him for a blind date with Victoria. When they first met, they had an instant connection and began dating. This occurred in 1980, and less than a year later, John divorced his first wife, Priscilla Esterline, with whom he had been married for nearly a decade and had a daughter named Michelle.

Teddi Jo, John and Victoria’s first daughter, was born the same year they married. Four years later, in 1985, they welcomed their second daughter, Justice. Their relationship appeared to be ideal, and Victoria even participated in John’s video “Jack and Diane,” which has received over 16 million views on YouTube. They walk holding hands, cuddling, and eating fast food in the video, enjoying their time together. However, the fairytale went bad, and John cheated on Victoria while he was on tour. She couldn’t forgive him and just ignore that matter, therefore she insisted on divorce.

The couple divorced in 1989, and John later said that he regretted his behavior, saying, ‘It’s just like anything: if you make enough mistakes, you learn what the penalties are.’ I had the best of both worlds back then. I’d moved back to Indiana, had two lovely children, a lovely wife, the works. I was still 19 when I was on the road, and she became tired of it. I don’t blame her. So I lost my children. What had I done, I wondered? ‘, he revealed in one of his Daily Mail interviews. Nonetheless, John felt considerably better over time and married again in 1992. Elaine Irwin was his third wife, with whom he lived for more than 18 years before divorcing in 2010.

She is still good friends with Lynn Mellencamp, whom Victoria refers to as her “sister-“out-law,” and they occasionally get together to spend a weekend day together, sipping drinks in the cafe or simply shopping. Victoria spends a lot of time with her grandchildren.

Victoria is not extremely active on social media. But she does have a handful of pages where she posts her images and occasional news. As a result, her Instagram profile is closed to random readers and has only 86 subscribers. She also has a Facebook profile that is more open to network users than her Instagram account, and there are many images of her grandchildren and other family she spends time with on it.