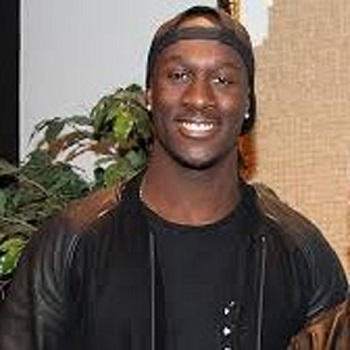 Vincent Dery, a Norwegian-Ghanaian singer, and songwriter is one half of the duo Nico & Vinz, in which he sings alongside Nico Sereba.

Vincent Dery is a Norwegian singer and composer who was born on August 24, 1990, in Lambertseter, Oslo. Vincent has Norwegian nationality and is a Black Norwegian in terms of ethnicity.

Vincent was born and raised in Lambertseter, Oslo, by his parents, and had his education there as well. He has been interested in writing songs since he was a child, making him a good singer-songwriter in recent years.

Vincent Dery is a member of the Nico & Vinz combo and a singer and songwriter. Nico & Vinz is a collaboration between him and Nico Sereba.

The duo was offered to participate in an Emergenza Festival with the brand Envy in 2011 after being motivated by their respective parents. Under the name Envy, they released their debut song ‘One Song’ in June 2011.

The Magic Soup and the Bittersweet Faces, the duo’s first studio album, was released on April 27, 2012. The album debuted at No. 37 in Norway’s Albums Chart. In April 2013, the team changed their name from Envy to Nico & Vinz and released ‘Am I Wrong’ under the Nico & Vinz moniker.

After the song reached No. 2 on three different Singles Charts (Norwegian, Danish, and Swedish), they became well-known. In addition, in early 2014, Nico & Vinz received the European Border Breakers Award at the Eurosonic Festival.

The duo released their third studio album, EP Cornerstone, and their first single, ‘That’s How You Know,’ which featured Bebe Rexha. The song also gave them a lot of attention and popularity, and it was a No. 2 hit in both Norway and Australia.

Vincent Dery, who is 27 years old and has yet to marry, is unmarried. He kept his private life out of the spotlight. He has remained silent on his dating and affairs.

Vincent Dery, a composer, and vocalist has made a good living from his singing career. Vincent’s net worth is believed to be one million dollars.