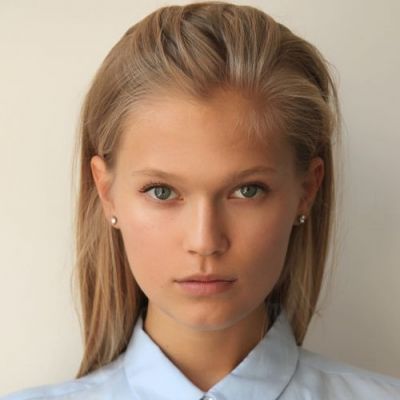 Vita Sidorkina is a Russian model, YouTuber, Instagram star, and social media influencer. Vita Sidorkina rose to international prominence after walking in the 2015 Victoria’s Secret Fashion Show. She is also well-known for being represented by Elite Model Management and Dolls Model Management.

Vita Sidorkina was born on March 20th, 1994 in Khabarovsk, Russia. She will be 28 years old in 2022 and of Russian nationality. Similarly, she was born under the sign of Pisces and practices Christianity.

She has not yet disclosed details about her childhood, parents, or siblings with the media or the general public. Furthermore, she prefers to keep her family’s information private.

Sidorkina has not officially revealed her education or graduation. Furthermore, she may have completed her primary education in Russia. In 2017, she moved to New York City to pursue a career as a model. However, it is unknown whether she has had professional modeling training.

Vita Sidorkina began modeling at the age of 17 in 2011, when she walked in designer shows at New York Fashion Week. That same year, she appeared on the covers of French Revue des Modes and modeled for worldwide fashion brands Rebecca Minkoff and Oyster.

In the 2011 Autumn/Winter fashion show, she walked the runway for fashion designers and labels such as Moncler Gamme Rouge, Rebecca Minkoff, Adam, and Tory Burch.

She then modeled for L’Officiel-Singapore and appeared on the covers of Alexis and Elle magazines. She participated in the Creem and Designare fashion editorials in 2013. In addition, in 2014, she was featured in the fashion magazine Vanity Fair-Italia. She has posed as a model for lingerie companies such as Victoria’s Secret and PINK.

Her big break came in 2015, when she walked the Victoria’s Secret Fashion Show and adorned the covers of several leading magazines, including Paper, Telva, Teen Vogue, Marie Claire-Spain, Dressed to Kill, and many more.

Sidorkina, in addition to modeling, is a YouTuber with the username ‘@VitaSidorkinachannel.’ She created her YouTube channel on January 27, 2015, and posted her first video on January 9, 2021.

Her debut YouTube video, titled ‘My usual morning routine/skincare, food, workout / Vita Sidorkina,’ has over 188k views and 5.8 likes as of this writing. She primarily posted videos on her YouTube account about her vlogs, modeling, health, and fitness.

‘What I Eat In A Day / Victoria’s Secret Model / Vita Sidorkina’ is one of her most popular and seen videos on her channel, with over 536k views and 19k likes. Her YouTube channel has almost 55.9k subscribers as of December 2022.

Vita Sidorkina’s Salary and Net worth

This Russian model has made a fortune as a model and has worked for various well-known companies. Her net worth is predicted to be around $1 million as of 2023, and her social media outlets such as her YouTube channel and Instagram also contribute to her net worth.

Vita Sidorkina married her partner, Valerio Morabito, on July 29, 2017. Allegra is the couple’s daughter. She frequently posted photos of herself with her spouse and kids on her Instagram profile.
Sidorkina also supports the Voss Foundation. She also hosted the 2014 Voss Foundation’s second annual benefit at Georgica in East Hampton.

Sidorkina is 5 feet 8 inches tall and weighs approximately 58 kg. She also has dark blonde hair and blue eyes, and her body measurements are 32-24-34 inches. Similarly, she wears a 2 US dress size and an 8.5 US shoe size.