Wale, a Nigerian-American rapper and father of one, has discovered a new source of inspiration

Wale, whose real name is Olubowale Victor Akintimehin, is one of the few musicians who hasn’t been accused of having a shady love life by the media. He’s had a few romances in the past, and he even has a daughter from one of them, but they don’t make the news. 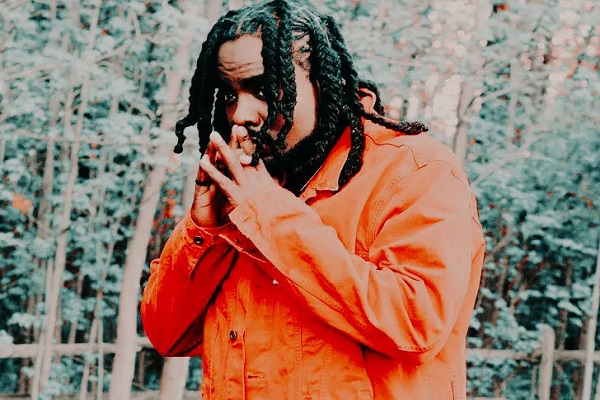 Wale, born Olubowale Victor Akintimehin to Nigerian immigrant parents, is one of the few musicians who hasn’t been accused of having a shady love life by the media. He’s had a few romances in the past, and he even has a daughter from one of them, but they don’t make the news.

The rapper, who keeps a low profile when it comes to his dating life, has acknowledged that the speculation about his relationship with model India Graham is true.

In the episode “What Men Really Think About Love?” of Red Table Talk, he was invited as a guest. Wale expressed his desire for a relationship and stated that he was “ready to find love.” In October 2019, not long after the show, the DC rapper acknowledged that the romance rumors about him and model India Grahams were genuine.

Grahams is currently contracted to IMG Models after modeling for a G-Star ad with musician Pharrell Williams.

The couple was seen on stage during one of Wale’s Atlanta shows, demonstrating some PDA. In one of the video from his performances, Grahams looked relaxed while cuddling up to the Grammy winner. â€‹

The two was reportedly seen snuggling up and kissing at the same concert’s afterparty.

Wale has been dating ex-girlfriend Chloe Alexis exclusively prior to Grahams. Alexis and Wale had a kid together, and Wale has said that his baby mother is amazing, but he has struggled to bond with his daughter.

On July 22, 2016, the rapper and his longtime girlfriend Chloe Alexis welcomed their first child, a baby girl named Zyla Moon, after a miscarriage. However, the rapper said that connecting with his daughter was difficult for him.

Wale discussed how his emotionally detached background was harming his connection with his only daughter with Ebro Darden during a promotion campaign for his album, Wow… That’s Crazy.

The Nigerian-American rapper said that he grew up in a very different atmosphere, one that was filled with dread and domination. He mentioned that his mother never kissed him and his brothers goodbye when taking them off at school, and that his parents lacked sympathy.

“My mother never sent me to school and kissed me on the cheek or kissed me goodnight… but it’s more like ‘Did you sweep the floor before I come home from work?’ You ready for school tomorrow?’”

The DC rapper went on to say that he didn’t know how to show affection to his daughter because his parents raised him with tough love. He did confess, though, that he was learning how to be more expressive without coming across as phony.

Related Posts of Wale, a Nigerian-American rapper and father of one, has discovered a new source of inspiration