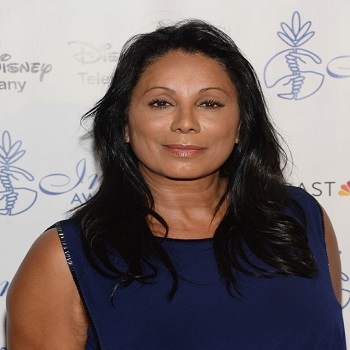 Wanda De Jesus, an American actress, is best known for her role as Santana Andrade in the Soap Opera Santa Barbara (1991-1992). After Ava Lazar, Margaret Michaels, and Gina Gallego, she was the fourth actress to play the part. Wanda has been a professional actor since 1986 and has 51 acting credits to her name during the course of her three-decade career.

She starred as Det. Adell Sevilla in CSI: Miami from 2002 to 2004, and she has also been in Mariah, Live Shot, All My Children, and Sons of Anarchy.

Wanda De Jesus is an American actress who was born on August 26, 1958, in Manhattan, New York City, New York. Her parents are Puerto Rican immigrants, and she is of Hispanic-American descent. De Jesus is 62 years old and stands 5 feet 4 inches tall as of November 2020. (163 cm).

University Graduation and the Beginnings of a Career

Wanda has been interested in acting since she was a child and attended New York’s High School of the Performing Arts. She went on to The City University of New York to further her acting skills, graduating in 1991 with a degree in performing arts.

Following graduation, De Jesus expanded her acting career to include music as well. She became a member of the New York punk band Coney Island White Fish while also working on theatre performances. Later in her career, the actress would devote herself entirely to on-screen acting.

Debut on TV and the Start of a New Career

De Jesus later starred alongside Constance Marie, Christopher Norris, Eileen Davidson, and Nancy Lee Grahn in the NBC soap opera Santa Barbara (1991-1992, 99 episodes). She was the fourth actress to perform the part in the series, following in the footsteps of Ava Lazar, Margaret Michaels, and Gina Gallego.

In 2002, the American actress was cast on the recurring role of Detective Adell Sevilla in CSI: Miami, where she featured in 10 episodes with David Caruso, Emily Procter, and Adam Rodriguez until 2003.

Although Wanda has yet to get a prominent role in a film, she has appeared in a number of films that have contributed to her reputation and income.

Downtown marked the actress’s feature film debut in 1990, and she also appeared in RoboCop 2 the following year. Following her roles in The Glass Shield (1994) and Flawless (1999), the New York native went on to appear in six more films, the most recent of which was the 2013 picture Water & Power.

What Is Wanda De Jesus Up To These Days?

After a brief appearance in the series Blue (2013), the American actress did not return to television until 2019, when she appeared in an episode of The Bay. She then appeared as a guest star in Gentefied (2020) and yA (2020). Wanda has yet to reveal any details regarding her next projects.

Wanda De Jesus has never been married, however, she has been in a long-term relationship with Jimmy Smits. They reportedly started dating in 1986, a year before Smits divorced Barbara Smits, his wife of six years.]

In the early 1980s, De Jesus met Smits in New York, and their friendship grew into a romantic partnership. The couple currently resides in California. Despite their many years together, no news of their engagement arrived. They never said anything about their wedding arrangements. Although they have yet to make it official, their deep relationship of over three decades qualifies them as husband and wife. There are no children between the two of them.

Wanda De Jesus is estimated to have a net worth of about $2 million in November 2020, according to online sources. Her success was mostly due to her parts in television shows such as Santa Barbara, CSI: Miami, All My Children, and Sons of Anarchy. The actress, who is in her early 60s, is said to have made tens of thousands of dollars per episode.

Jimmy Smits, her actor boyfriend, has a net worth of $25 million, according to Celebrity Net Worth. Smits, who is most known for his roles in L.A. Law, NYPD Blue, and The West Wing, reportedly got $150,000 each episode.