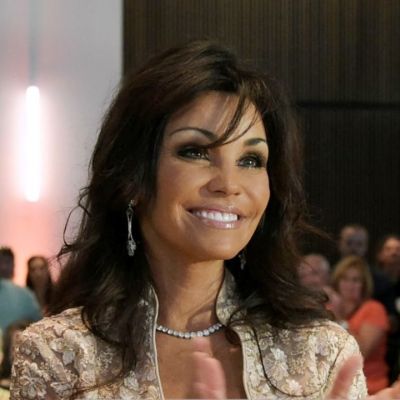 Do you know Who is Wanda Miller?

Wanda Miller is the late American singer Kenny Rogers’ beloved wife. Wanda Miller and Kenny were married for 22 years before Kenny tragically died at the age of 81. Kenny died on March 20, 2020.

Wanda’s professional life is unknown, so no information on her accomplishments or awards is available. Nonetheless, her husband has been honored since 1977, long before they married. His first award was for “Single of the Year” from the Country Music Association. It was to promote the song Lucille.

He went on to win a slew of awards in a row, and sometimes multiple awards in a single year. The “Willie Nelson Lifetime Achievement Award,” which he received in 2013, is his most recent achievement. The same year, Kenny was inducted into the Country Music Hall of Fame. Wanda’s net worth is unknown, but that of her husband is estimated to be $250 million.

Wanda Miller was born in Lowndes County, Georgia, USA in 1967, and she is now 53 years old. Her exact birth date, however, is unknown. Her parents are her father, Charles Miller, and mother, Teena Miller.

She has a sister named Tonia as well. Tonia and Wanda are identical twins, as are Jordan and Justin, her own children. Wanda attended Lowndes High School in her hometown. She also attended the 30th reunion of her high school.

Wanda stated in a 2015 interview that she will never forget her roots or her origins. She also stated that she and her twins frequently visit her parents in her hometown of Lowndes County.

Wanda Miller became a widow on March 20, 2020, which is very sad to report. Kenny Rogers was her husband until his natural death on March 20, 2020. Kenny was a singer, songwriter, actor, record producer, and entrepreneur from the United States.

He was inducted into the Country Music Hall of Fame in 2013. On June 1, 1997, the couple married, and their marriage has lasted nearly 23 years! The couple’s 23-year marriage appears to be something out of a fairy tale. They did, however, face some difficulties as a result of their 28-year age difference. Kenny Rogers was two years Wanda’s parents’ age!

To begin with, Kenny and Wanda met in Atlanta. Kenny was on a blind date at a hotel where Wanda worked as a hostess at the time. Rogers fell in love with Wanda right away, and soon after the first incident, Kenny contacted the restaurant, inquired about her, and finally called her. Sparks flew when the couple met, and they dated for five years before marrying in 1997.

Wanda’s parents were initially disappointed in her decision because the lovers were 28 years apart in age. They were opposed to her relationship with Kenny. In one of his interviews, Rogers revealed that he had a falling out with his in-laws, who were two years his junior. His in-laws were also unhappy with their romantic relationship.

Fortunately, Kenny was able to mend his relationship with Wanda’s parents, and the two eventually became “best friends,” as Rogers describes it. Rogers also stated that Wanda is his true soulmate and that no one knows him better than she does. Even after their marriage, Rogers frequently mentioned how fortunate he felt to have Wanda as his wife.

The announcement was made on March 20, 2020. Kenny Rogers died while in hospice care at his home in Sandy Springs, Georgia, according to a representative for the singer. The country singer died of natural causes at the age of 81.

Because of the worldwide COVID-19 pandemic, his family plans a small private service, with a public memorial planned for a later date.

Marianne Gordon, Kenny’s fourth wife, remembers him as a loving husband who was completely devoted to his then-wife.

She, like the rest of the world, is bereaved by the death of her ex-husband. Gordon is reminiscent of Kenny’s character. Victoria Hallman, George W. Bush, and Dolly Parton are among the celebrities who have paid tribute to the late singer.

Wanda Miller Wonda’s professional life and career path are unknown. Her husband, on the other hand, was a well-known American country music singer known for his raspy voice and a string of hits including Lady, The Gambler, Lucille, and Through the Years.
During the period of continuous touring, Wanda would frequently accompany Rogers on his music tours. However, circumstances changed, and she was unable to join her husband after the twins were born. Kenny announced his retirement from singing in 2017 in order to spend more time with his family.
He stated that he is first and foremost a father, and then a singer. Kenny said during the announcement, “I hope my fans understand that I’m a father first and a singer second…” I’m missing out on some wonderful moments in the lives of my boys. I, like everyone else, am aware of how quickly time passes. I don’t want to miss out on it.