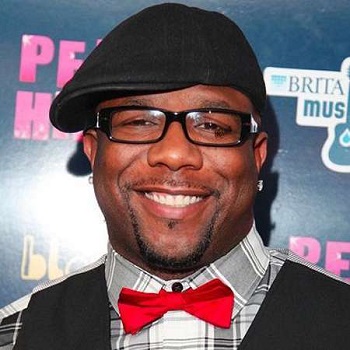 Wanya Morris is a well-known American singer and a member of Boyz II Men, a Grammy Award-winning group. In the late 1980s and 1990s, the band ruled the music charts. People are mainly familiar with him because of his work and performance with the Boyz II Men.

Morris is well recognized for his appearance on season 22 of Dancing with the Stars, in which he danced with Lindsay Arnold. Wanya, a well-known musician, is currently married and living in New Jersey with his wife and children.

Wanya Morris was born on July 29, 1973, as Wanya Jermaine Morris. Wanya was born in the United States of America, in the city of Philadelphia. R&B, soul, and new jack swing are popular singer’s genres.

Dallas Thornton, Wanya’s father, was a storekeeper, and Carla Morris, Wanya’s mother, worked in a department store. His parents never married and divorced when he was a child. He is the eldest of his parents’ four children. Richard Allen, Philadelphia, was where he spent the majority of his boyhood.

From an early age, Wanya was drawn to music and the arts. Even in school, he was more interested in playing and listening to music than in learning. He went to Philadelphia High School for the Creative and Performing Arts, which is well-known in the city (CAPA).

The career of Wanya Morris

Wanya Morris began his musical career while still in high school. Boyz II Men was created by his classmates Nathan Morris and Marc Nelson, and he became a member.

Morris was a member of Cooleyhighharmony’s first album. Motownphilly, the album’s first single, debuted at No. 1 on the R&B charts and reached the top five on the pop charts. Following their debut single, the boy band had additional hits, including It’s the End of the Road, On Bended Knee, and I’ll Make Love to You, among others.

He worked on his unofficial solo project Unreleased, which was released on June 4, 2007, and it aided in his career advancement.

Apart from his music career, Wanya pursued his passion for dancing in 2016 when he competed in the 22nd season of Dancing with the Stars, where he was paired with one of the competition’s finest professional dancers, Lindsay Arnold.

After his time on the show came to an end, he told People that he shed 24 pounds in a week while competing on Dancing with the Stars.

Wanya Morris’s net worth is unknown

.Wanya Morris, a member of the Boyz II Men group, has amassed a sizable fortune from his involvement with the group and his singing career. Morris’ estimated net worth is $60 million, according to celebritynetworth.com.

According to The Richest, he was compensated handsomely for his involvement in the dance reality show Dancing with the Stars in 2016. She was paid a total of $345,000 for signing the deal, according to the website. In 2011, he made $23,920 with the album Twenty, which he co-wrote with Boyz II Men.

When it comes to Wanya Morris’ marital status, he is a married man who enjoys spending time with his children. He is married to designer Traci Nash, with whom he has two daughters. On May 11, 2002, he married Nash.

Wanya had an affair with Brandy, an R&B singer, that began in the middle of the 1990s.

However, the extent to which their love had taken over and the direction in which it had gone was a well-kept secret among the public. Wanya is an independent traveler who excels at both collecting and obtaining experiences.

Wanya is also known by the moniker Squirt. He is a medium-sized man, standing 5 feet 8 inches tall and weighing 150 pounds.

Wanya Morris is 45 years old as of 2019.
Leo is the zodiac sign of the lion.
Body Measurements: He possesses a muscular physique, although his exact measurements are unclear.
He stands at a height of 5 feet 10 inches (1.78m).