Where is Chris Stirewalt now that he has been fired from Fox News?

Fox News laid off 16 employees, including American journalist Chris Stirewalt, on January 19, 2021. He began working for the channel as a digital political editor in July 2010. 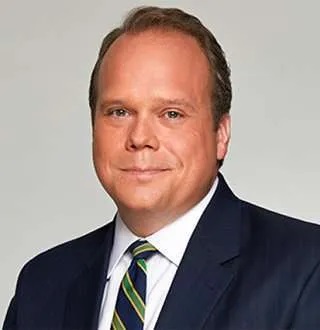 However, many fans and even insiders were dissatisfied with the rumored “purge.” According to one of the departed employees, the firing was part of a “concerted effort to get rid of real journalists.” “They laid off capable people who were actual journalists and not blind followers,” the source added.

Stirewalt’s demise coincided with his defense of the channel’s prescient prediction that Biden would win Arizona.
The initial calls raised eyebrows and even enraged Donald Trump. Stirewalt, on the other hand, defended calling Arizona for Joe Biden in an op-ed published in the Los Angeles Times on January 28, 2021. In announcing his departure from the media behemoth, he wrote:

I wanted to get downriver as quickly as possible in order to beat the competition and serve my audience. That’s why I was proud that we were the first to predict Joe Biden would win Arizona, and I was happy to defend that prediction in the face of a public backlash fueled by former President Trump.

After leaving Fox News, he joined the American Enterprise Institute.

Stirewalt will join the American Enterprise Institute (AEI) as a resident fellow in April 2021, after leaving Fox News after a decade of service. As a member of the Politics and Public Opinion team, he will concentrate on American politics, public opinion, voting and political trends, and the media.

He will also work for The Dispatch as a contributing editor and a weekly columnist. Stirewalt announced his new position via Instagram on April 7, 2021. In the video, he praised the AEI for its diverse platform and incredible resources while also revealing that he would soon launch his own podcast.

Chris Stirewalt and His Relationship?

Stirewalt, who was born on November 17, 1975, is now over 40 years old. Nonetheless, despite his advanced age, he has never been open about his love life, specifically his dating relationships.

As a result, it is unclear whether the former Fox News anchor has a wife or a girlfriend, or if he is content with his single status.The closest thing to a revelation about his relationship was the question of whether he was married to Dana Perino. But the couple — who anchored around 100 episodes of the show I’ll Tell You What — were and are just friends, not husband and wife. Her husband of 20 years, Peter McMahon, is a Fox News commentator.

Related Posts of Where is Chris Stirewalt now that he has been fired from Fox News?