While Luke Combs was on his weight-loss journey, his wife battled trolls

Luke Combs, a well-known American musician, has struggled with his weight. 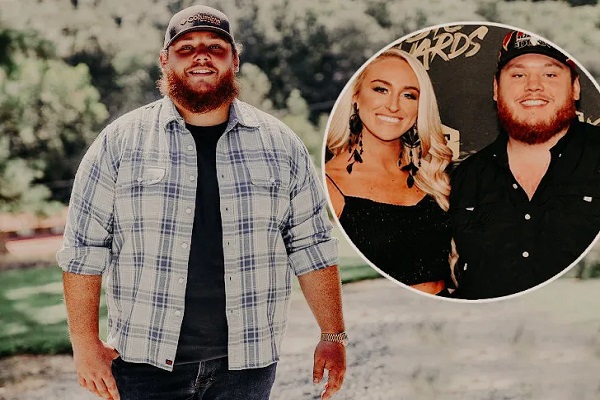 Luke Combs has been the center of attention not just for his fairytale ‘boy-next-door to superstar’ life story but also for being on the heavier side. The taunts and pokes thrown at him made him quite conscious. So three years ago, he embarked on a weight loss journey.

Accompanying the singer in this journey is his wife, Nicole Hocking. Their route and stops may not be the same, but their destination is.

Combs came into the limelight in late 2016, but, alongside fame, he also began receiving negative comments related to his weight. However, those mockings were not new to him as he had been constantly bullied for being overweight even before receiving fame.
Having said that, he had started his weight loss journey already circa 2015. He followed a hard diet for a month and lost around 12 pounds in January 2015.

Then in early 2017, the singer shut down the negative comments passed at him once and for all. With trainer Kevin Klug’s help, Combs got into a vigorous fitness schedule despite his busy career. Klug, according to his Instagram, is a personal trainer and founder of Klug Fitness.

Along with physical fitness, Combs temporarily changed his diet. He switched his diet after losing a football bet with his keyboard player, Neil Tankersley. However, he could not follow the vegan diet and failed at it after just 30 days.

“Did I honor the bet for the whole 90 days? No, I did not. I made it just over a month and I just was like, ‘Man, I don’t really want to do this anymore.’ So I made the bet with my keys player anyways, and I really debated on just firing him if I had to do the whole 90 days. So no, he was cool with me giving up. “

Despite his best efforts, the Lovin’ On You singer was mocked for his weight after his now-wife Nicole Combs posted a photo of the two on Instagram with the message “hey, you’re hot.”
This time, though, the teasing went too far because it was directed at their relationship. As a result, Nicole stepped up to protect her man. “To everyone now being less than friendly to me on Twitter for dating a bigger guy,” she captioned an image of a Facebook Marketplace ad for “these hands.”

In the same tweet, she urged people to abandon their double standards.
Nicole Hocking, Luke’s wife, who he proposed to in 2018 and married on August 1, 2020, has likewise wanted to lose weight for a long time.

However, she, like her husband, has struggled to maintain self-control and stick to her eating plan. For example, on August 2, 2017, she tweeted that she wanted to reduce weight but couldn’t give up wine and pizza.

From a Local Bar Singer to a Nationally Recognized Country Artist

Luke Combs’ singing prowess remained intact despite his gradual weight loss. With each passing day, his fan base grows thanks to his relevant tunes.
His self-titled YouTube channel has over 2.2 million subscribers and 1.97 billion views, and he has over 3.5 million Instagram followers.
When Luke Combs was singing his own song ‘Hurricane’ in a local bar in Nashville in 2016, songwriter Jonathan Singleton first noticed his incredible vocal abilities.

He had already established a solid reputation as a local boy, and as he stepped up to the platform, Jonathan was taken aback by the amount of attention Luke was receiving. Jonathan wanted to work with Luke after seeing his fame and potential and eventually inked a contract with him.

Luke then went on to release his song “Hurricane” to a worldwide audience, which went triple platinum.

Since then, Nashville’s hometown boy has never looked back, giving his all in every song and album he’s released. His talent was further recognized when he was nominated for a Grammy Award in the category of “best new artist” at the 2019 Grammy Awards.

Luke Gives His Parents Credit For His Success

Combs is the epitome of modesty. He dedicates his whole accomplishment to his parents, Chester Combs and Rhonda Combs.
Thanks to his supportive mother, he has now had seven consecutive No. 1 singles, sold-out tours, and a platinum-selling first album, all of which have helped him make a lot of money.

On March 4, 2020, when speaking with Pop Culture about his mother’s role in his musical career, the singer claimed that his mother encouraged him to learn to play guitar and pursue a career in music. All that was required was a mother’s prodding. He began creating songs and performing them in front of an audience, initially in his hometown and subsequently in front of audiences all around the world.

Luke credits his accomplishments to his devoted parents. And he’s pleased that he can financially assist his guardians in traveling to new locations and doing activities they’ve always wanted to do.

Related Posts of While Luke Combs was on his weight-loss journey, his wife battled trolls