Yasmin Vossoughian has a picture-perfect family with her husband Whit Clifford. 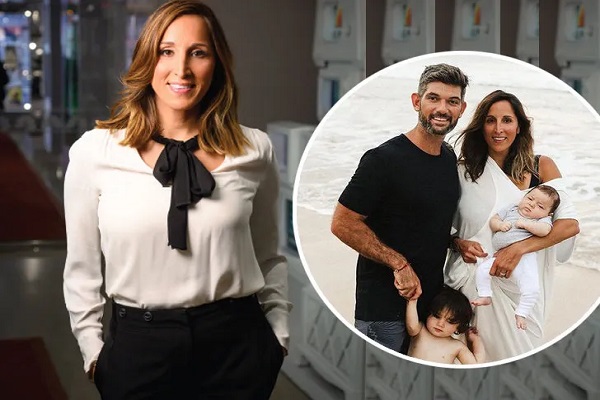 A quick glance at Yasmin Vossoughian’s Instagram account reveals that she is smitten by her husband, Whit Clifford. The mother-of-two is already pining for her golden jubilee with her adoring spouse, four years into their marriage. Why should she not be?

The MSNBC anchor’s husband is a true family man, or as Yasmin describes him, “the ideal husband and father.” The couple has two children together, and Daddy Clifford appears to be doing everything he can to raise his children properly.

The Couple Got Married In the year 2016

Clifford and the HLN News correspondent began a romantic engagement in late 2015. The first photo of the couple on Vossoughian’s Instagram was posted on August 23, 2015.
In March 2016, the pair decided to take their relationship to the next level by getting engaged. On March 28, 2016, the famed journalist published a photo with her partner while hiking in Ireland, showing off an engagement ring.
They exchanged wedding vows three months later, on June 25, 2016.

Vossoughian was five months pregnant at the time of the wedding, it was later revealed.
The couple welcomed their first child, a son named Azur Vossoughian Clifford, on October 14, 2016. Noor Ahad Clifford, their second son, was born on August 9, 2018. The parents have never missed an opportunity to post images of their children on social media.

Her partner and father is a caring individual

Clifford has proven to be a wonderful husband and father since their marriage, as evidenced by Vossoughian’s Instagram account.
They are frequently seen on dinner dates, attending festivals, and commemorating their wedding anniversaries. Yasmin shared an Instagram photo with her husband on their third anniversary on June 26, 2019, noting that they were only 47 anniversaries away from their golden jubilee.

Clifford became a complete family man after becoming a parent, spending time with his children, playing with them, and teaching them to ride bicycles.

The Cine Golden Eagle Award-winning correspondent shared a photo of her husband teaching their youngsters to swim on Father’s Day, June 22, 2020. Clifford, she said, was the best father their children could ever have.

Since January 2002, the father of two has worked as a managing partner at Clifford Associates Inc. in Pompano Beach, Florida. He is in charge of all accounts that are not related to Georgia. He focuses on developing and maintaining solid, long-term relationships with CAI’s important accounts.
Whittaker Clifford was born on October 23, 1980. He earned a bachelor’s degree in communications from Georgia Southern University.

Brooke Ence, an international fitness icon, and Marston Sawyers, a film director, were an outstanding couple in the fitness field. While Ence engaged in numerous events and competitions, the buddi
Read More
April 1, 20220

Read This If You Think Jack McBrayer Is Gay..Wife & Partner?

Most of us instinctively assume or joke that people who are continually smiling and laughing every time they see them are insane, but for some unexplained and mythological reason, when Jack McBray
Read More
April 1, 20220

People are wondering if Mireya Mayor of ‘Expedition Bigfoot’ ever had plastic surgery because of her lips.

Dr. Mireya Mayor, the star of the TV show Expedition Bigfoot, has been the subject of accusations that she had plastic surgery on her lips. People have disputed whether or not the explorer received pl
Read More