Why Did Katharine Ross Get Stabbed By Cleo Rose Elliott? Mother claims she became violent when she was 12 years old.

Cleo Rose Elliott is a singer, artist, and model with a lot of talent. At the age of 24, she rose to popularity after her debut solo, ‘No More Lies,’ became an instant hit. She has since recorded a number of tracks and established a reputation for herself in the music industry.

However, the singer is known for more than simply her songs. Cleo was a celebrity from the moment she was born. She is the daughter of Sam Elliott, an Academy Award nominee, and Katharine Ross, an actress.

Despite being the only daughter of the famous couple, Cleo has a strained connection with her mother. Katharine even obtained a restraining order against Cleo, her daughter. 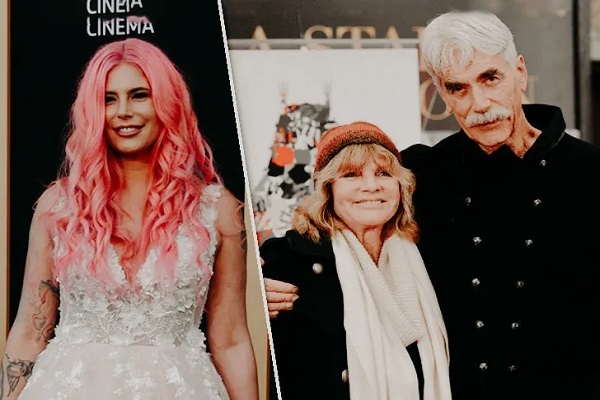 Cleo was accused of stabbing her mother at least six times.

Katharine reported in a restraining order filed in March 2011 that her daughter Cleo was aggressive as a child and became violent when she was 12 or 13 years old.

“[Cleo] verbally and emotionally abused me since I was a small child, but she got increasingly violent around the age of 12 or 13,” The Graduate actress said.

After Cleo allegedly slashed Katharine with scissors and Katharine filed a restraining order against her daughter, the sourness in their relationship became public.

According to the 81-year-old actress, her daughter lost her cool and began muttering, “I want to murder you,” out of nowhere. Cleo then kicked the closet door shut, and when Katharine tried to call the cops, she cut the phone cord with scissors.

Cleo then threatened to use the scissors to stab her in the eye, but instead stabbed her six times in the right arm.

In her statement, Katharine said that “[Cleo stabbed] with enough force to penetrate my skin through my clothing and leave me with marks that are still apparent today.”

Katharine applied for a protective order after the incident, and the court held a hearing on March 30, 2011. Cleo was ordered to keep at least 100 yards away from her mother’s house, office, and car until the hearing.

Despite this, it is still unknown what motivated Cleo to stab her own mother.

Despite the fact that Cleo, 36, and her mother shared an extraordinary experience, it appears that they have put their differences aside.

The mother-daughter duo has been spotted together at several events and award shows, implying that their relationship is on the mend.

They were seen together on the red carpet for the film The Hero, which stars Cleo’s parents, during the 2017 Sundance Film Festival. During the event, she was asked about her parents by an interviewer.

Cleo said that she was proud of her parents because they were both outstanding actors.

Cleo and her mother, Katharine, were spotted together at the premiere of A Star Is Born on September 24, 2018.

They were also seen together at the 91st Annual Academy Awards, where they were both smiling and appearing to be extremely pleased.

Related Posts of Why Did Katharine Ross Get Stabbed By Cleo Rose Elliott? Mother claims she became violent when she was 12 years old.