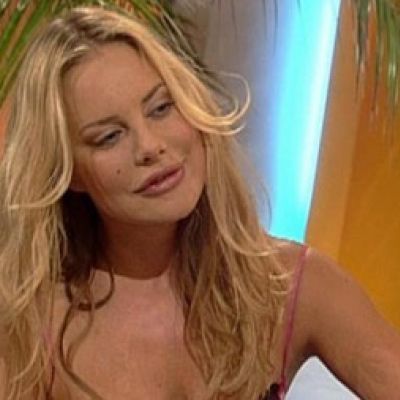 Do you know Who is Xenia Seeberg?

Xenia has also pursued academic studies, holding degrees in philosophy, Latin, and theater. She attended the Lee Strasberg School and speaks French, English, and German. She was previously a member of the Maxim Hot 100 Women list, as well as appeared on the cover of the German edition of “Playboy.”

Xenia began her acting career in 1994, but she was relatively unknown until three years later when she appeared in the German film “Knockin’ on Heaven’s Door,” starring Til Schweiger and Moritz Bleibtrue, and named after the Bob Dylan song of the same name; the film premiered at the 20th Moscow International Film Festival. Soon after, she would gain more work, which began to significantly increase her net worth – in the same year, she became a part of the German television series “Geliebte Schwestern.”

Her breakthrough role would come in 1998 when she was cast in the television series “Lexx,” a science fiction series that follows a group of various individuals aboard the spaceship Lexx. Throughout the show, the group travels through two universes and encounters various planets. Seeberg had other projects while working on that series, including appearing as a guest in an episode of another series called “Total Recall 2070.” Her next major project would be the 2003 film “Beyond the Limits,” directed by Olaf Ittenbach.

In 2005, she appeared in the television series “Der Clown,” and in 2008, she starred in another German film, “80 Minutes,” which was released directly to the video. The following year, Xenia was cast in the Syfy film “Annihilation Earth,” which focuses on an energy scientist attempting to determine the cause of a deadly explosion on a particle collider; the film was panned for its ending, in which humanity was wiped out. Xenia has yet to appear in another film project since then.

How wealthy is Xenia Seeberg? According to sources, she has a net worth of over $1 million as of early 2018, earned through her success in acting and music. During her peak of fame, she also did modeling and appeared in several popular publications. It is expected that her wealth will increase as she continues her endeavors.

Xenia married actor Sven Martinek in 2003. Sven Martinek is best known for playing the main character in the German television series “Der Clown,” among many other German film and television projects throughout his career. They had a son after two years of marriage, but their marriage ended in divorce in 2011, and Xenia has been officially single since then.

Despite her absence from mainstream film and television, Xenia has remained active on social media platforms, particularly Instagram and Facebook. She primarily posts pictures of her family and modeling work on Instagram, but she also travels extensively, as evidenced by her profiles. Xenia Seeberg also has a lot of fan pages on Facebook, but she also has a public personal Facebook page where she states that she does have acting work, but that she primarily focuses on local theatre, film, television, and radio.

She also makes a lot of personal Facebook posts, and she recently congratulated her son on his participation in the reality television show “The Voice – Kids.” Xenia also has a personal website in German that details many of her recent endeavors, primarily promoting her modeling and acting work.