Bloom Glam owner Yaya Sandoval disclosed on Instagram that she is dating Memphis rapper Yo Gotti. 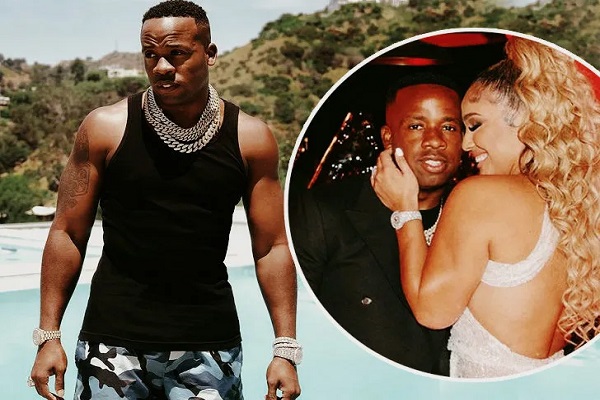 On May 18, 2021, Yo Gotti and his girlfriend Yaya Sandoval had an extravagant date night in Los Angeles, California to commemorate the rapper’s 40th birthday.

Sandoval looked stunning in a black sparkling split thigh dress with a high rose braided bun. Her date wore a black tuxedo and wore a lot of chain jewelry. The couple’s friends and family attended the birthday celebration, which was organized by the party entertainment company 360 Photo Booth.

Following the large bash, the rapper’s partner took to Instagram to share photos from the event, gushing about how beautiful the date night was.
The Memphis underground star shared his joy on social media and thanked everyone for throwing him a surprise party. He was overjoyed to announce that his month-long birthday celebration had only just begun.

Yaya Sandoval, who goes by the Instagram handle Yaya’s World, was the one who told their admirers about their connection. She tweeted a photo of herself with Gotti with a heart emoji in the text on August 25, 2020, implying they were dating.
Then, on September 30, 2020, she shared photographs of herself with the Pose rapper with the message, “The happiest by your side.”
Sandoval is the founder of Bloom Glam, a full-service beauty company. She started the business in 2018. It offers blowouts, lash extensions, and micro-blading, as well as training courses in the beauty industry.

She was dating Floyd Mayweather before Gotti. She has a son named Cairo as well.

Lakeisha Mims was Yo Gotti’s wife

Yo Gotti was previously married to Lakeisha Mims, who rose to stardom in Memphis’ underground rap scene. They married in 1989 and are said to have had two children before splitting up.

The facts of their relationship were kept under wraps because neither Gotti nor his prior wife were fond on discussing their personal life on social media.

He then dated Jammie Mosses for a short time.

Despite keeping his previous partnerships hidden, the rapper didn’t hesitate to share images of himself and his children. He used to share images of them on social media whenever they were on vacation. They appear to have a close relationship and spend precious time together.

His Instagram, on the other hand, is now mostly focused on his work.

Yo Gotti’s Ascension to Stardom

Yo Gotti, born Mario Mims, grew up in the Ridge Crest Apartments in Memphis, Tennessee, and had a humble and difficult childhood.

He followed in the footsteps of ‘Eightball & MJG’ and ‘3-6 and Skip, a.k.a. Gianni Booker’ by dominating the underground rap scene before securing a record deal with Cash Money/Universal Records and emerging into the mainstream.

Yo Gotti, who has been a rapper for nearly two decades, is now focused on his label, Collective Music Group. He is the music group’s founder and currently serves as its executive director.