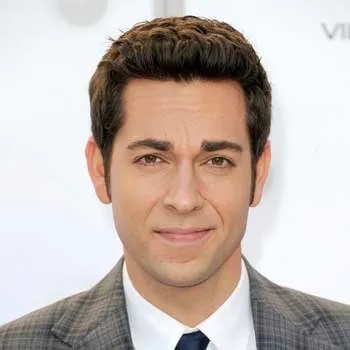 Zachary Levi Pugh, better known by his stage name Zachary Levi, is an American actor, director, and musician best known for his portrayal as Chuck Bartowski in the 2007-2012 television series of the same name. In the year 2002, he made his acting debut as Adam in the FX television movie Big Shot: Confessions of a Campus Rookie.

When Zachary was six years old, he began acting on stage. After graduating from Buena High School, he moved to Los Angeles to follow his passion. At the Ojai Art Centre, he played the lead in regional productions such as Grease, The Outsiders, Oklahoma!, Oliver!, The Wizard of Oz, and Big River.

In his childhood, he relocated with his family across numerous states before returning to their home in Ventura, California, where he attended Buena High School for four years.

In the FX TV movie Big Shot: Confessions of a Campus Bookie, Zachary Levi makes his acting debut. From 2002 through 2006, he starred as Kipp Steadman on the ABC sitcom Less Than Perfect.

In the ABC Family TV movie See Jane Date, he played Grant Asher, a potential partner of Charisma Carpenter’s character. In the same year, he was cast as the main actor in the television series Less Than Perfect, playing Kipp Steadman in 81 episodes that aired from 2002 to 2006.

Zachary has been in a number of television films and programs. Alvin and the Chipmunks: The Squeakquel, Tangled, and Thor: The Dark World are just a few of the notable films that have brought attention to his name and profession.

He won a Kid’s Choice Award for his performance in Alvin and the Chipmunks: The Squeakquel, in which he played Toby Seville, the Chipmunks’ uncle. Zachary Levi made his Broadway debut in the musical comedy First Date in 2013.

Zachary Levi made his debut as a singer with the song Terrified. He is best known as a vocalist for his collaborations with Mandy Moore on the songs “I See the Light” and “I’ve Got a Dream,” which were used in the film Tangled.

Zachary Levi’s Salary And Net Worth

Zachary Levi’s current net worth is $8 million. His career provided him with comfortable pay. His per-episode compensation from the TV show Chuck was $60,000.

He has two motorcycles, a Harley-Davidson FXDX, and a Ducati Monster 750CC, as well as a 2009 Nissan GT-R. He enjoys playing video games. He’s also a great poker player. He is a big fan of action movies. He founded his own company, The Nerd Machine, in 2010.

In terms of his personal life, he dated Caitlin Crosby, a singer, and actor. From January 2008 to January 2010, she was his girlfriend. He may have been dating prior to Caitlin, but little information about his previous relationships is accessible.

He is now a happily married man. In the year 2014, he married Missy Peregrym. If he is gay, this will put an end to the speculations and gossip regarding his sexuality. He is a devout Christian and a firm believer in Christ, and he has spoken publicly about his faith in him while being interviewed by Relevant Magazine in 2002. Zachary has a thing for sports cars and motorcycles.

In 2011, BuddyTV selected Zachary as one of the sexiest men on television. Zachary is a really attractive young man with a powerful build. He showed off his toned figure while shirtless on the beach in Hawaii on June 12th, which drew the attention of several celebrity reporters and his followers.

There are many images of him on the internet, and he looks stunning in a black suit, as well as shirtless and in tees and other clothing. The most comprehensive source of information on him is Wiki. Fans can follow him on Twitter at @ZacharyLevi.